In The Bible & Ancient Science and his other books Denis Lamoureux argues that the ancient cosmology and phenomenology is incidental to the text. The Bible makes statements about nature. In these statements, the message lies in spiritual truths not in the phenomenological perspective. For example, when the sun is described as rising and setting, we envision the earth spinning giving the appearance of solar motion. However, the ancient audience viewed a luminous object moving across a vault. The use of such phenomenological language is incidental to the message of the text. It isn't important whether the earth spins or the sun moves.

I have posted a number of times on this idea that the science is incidental. You can find discussions in posts on some of Denis's other books here: Science is Incidental or Evolutionary Creation 6 or No Historical Adam?. Denis has found that this concept raises an important question for many of his students. Quoting from p. 50:

If the science in the Bible is an ancient human understanding of nature, then is this also the case with the spiritual truths in Scripture?

Are we not being inconsistent if we reject the ancient phenomenological perspective of the world in the Bible but accept the spiritual truths?

Denis suggests that the strongest argument for the truth of the spiritual message of Scripture is the simple fact that the message has stood the test of time. Here we are some 3000 years after the time of David, 2000 years after the time of Jesus and the journeys of Paul, studying and learning from their words and deeds. Think about it. Are you a Christian because the Bible contains accurate statements about modern cosmology or the age of the universe or even the origin of species? I expect that there are some people who would answer yes, but for most of us, the answer is no

Moreover, what is quite remarkable about the Bible is that God began to reveal himself to humanity through a small and insignificant tribal nation like Israel and not a major civilization such as the Mesopotamians. Jesus then used twelve mostly uneducated men as disciples to preach the gospel that he died for the sins of men and women. The Lord did not employ the powerful Romans or Greeks. If the biblical messages of faith were merely ancient human ideas of irrelevant and inconsequential ancient people, then they should have disappeared along with these small communities and never gained prominence around the world. However, the spiritual truths in the Bible are "alive and active" (Heb. 4:12), and they have deeply struck human souls throughout history and continue to do so today.

... It is not the ancient scientific idea of a 3-tier universe that has led you to a personal relationship with Jesus. Rather it is the eternal and inerrant spiritual truth that Jesus is Lord of the entire world that has powerfully changed your life. (p. 52) 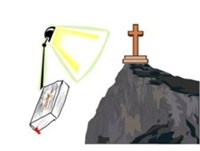 Some will argue that our confidence in these spiritual truths can only be founded on the existence of a perfectly inerrant text (in the original monographs at least). This seems to me to be flipping things around. The Bible serves to faithfully reveal God's nature and purpose in the world, but our faith is founded on God himself and his relationship with his creation. It is this message that has survived through the ages. The incidental use of an ancient phenomenological perspective does nothing the undermine this message.

Join the conversation on Facebook
Tags:
None
Posted:
February 4, 2021