B. B. King, My Soundtrack for Suffering

What the late King of the Blues reminded me about the King of Kings.
Anna Broadway 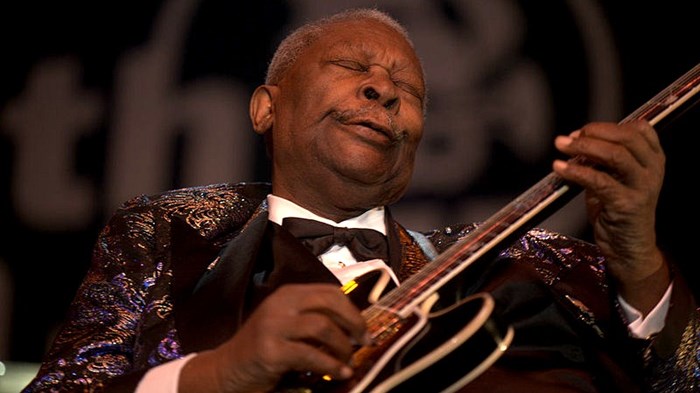 When blues guitarist B. B. King died last week, the web lit up with tributes, and San Francisco jazz station KCSM devoted all of that day’s programming to selections from King’s vast repertoire.

Such a response is all the more striking, given the blues’ obscurity on modern radio. I’ve been a fan of the blues for nearly two decades, but at most it usually garners a one-hour radio program here, a weekly program there—usually on jazz stations (which face a struggle of their own). The Bay Area, where I live, has relatively plentiful blues airtime, with two separate stations devoting a combined six hours a week to the form. But it’s rare, perhaps impossible, to find radio stations dedicated to the blues, outside of those on satellite or the Internet.

Both jazz and the blues are distinctly American musical forms “rooted in the African-American experience.” While jazz encompasses incredible rhythmic and harmonic complexity—which can ...

Join the conversation on Facebook
Tags:
MusicSuffering and Problem of Pain
Posted:May 19, 2015

B. B. King, My Soundtrack for Suffering

B. B. King, My Soundtrack for Suffering
hide this