Home > 2010 > May
Adultery: My Genes Made Me Do ItAmy Julia Becker
expand

I have a new post at her.menuetics. It begins:

In her new and buzzworthy book, For Better: The Science of a Good Marriage, The New York Times's Tara Parker-Pope examines what brain chemistry and genes have to do with happy marriages. She begins a recent Well column with a question: "Why do some men and women cheat on their partners while others resist the temptation?" While she doesn't come right out with an answer, she implies that the inclination toward adultery lies in our genes. Researchers have dubbed the gene that predicts whether or not we will cheat the "fidelity gene." Her research shows that men with a variant of this gene are less likely to be in committed relationships and more likely to be in unhappy marriages. 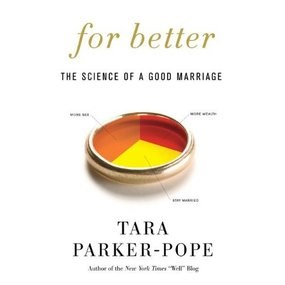 Genetics. It's a modern answer to an age-old question. In the past, other explanations have been proposed for immoral human behavior. First come spiritual explanations, perhaps best summed up by the phrase "the Devil made me do it." Psychological explanations connect our behavior as adults to events that happened in our past. In recent years, biology has joined the list of reasons why humans behave badly.Of course, none of these explanations are problematic in and of themselves. And none of them should surprise Christians. All aspects of our human nature are fallen, inclined to turn away from God's good intentions for us. The problem comes when we reduce human behavior to any one of these explanations.

Adultery; Genetics
May 20, 2010 at 3:43 am
To add a comment you need to be a registered user or Christianity Today subscriber.

Adultery: My Genes Made Me Do It

Adultery: My Genes Made Me Do It