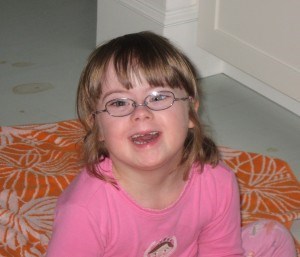 Sometimes I forget that most of the world isn't attuned to issues related to Down syndrome and intellectual disability. I also get tired when I read one more headline about people in positions of power mocking people who have historically been scorned and abused. So when I read the reports about GQ's recent gaff, I almost overlooked it. But then I remembered that if I want people to stop using the r-word as a slur, and if I want people to stop thinking that "Down syndrome" is a term of humorous derision, I need to speak out.

Here's what happened, according to the Boston Herald:

A GQ magazine online feature that uses insulting terms to declare Boston the "worst-dressed" city in America takes a shockingly low blow at the mentally challenged.

The scathing fashion review posted on the magazine's Web site lists Boston at No. 1 in its "40 Worst-Dressed Cities in America" list. GQ sneered: "Boston is like America's Bad-Taste Storm Sewer: all the worst fashion ideas from across the country flow there, stagnate and putrefy."

The Web site's blurb then delivers an astonishing jibe: "Due to so much local in-breeding, Boston suffers from a kind of Style Down Syndrome." 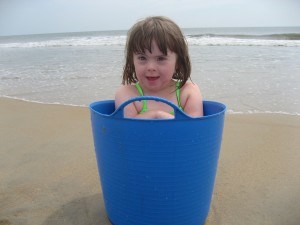 I hope I don't need to comment any further in order to underscore the problem with GQ's statement. If you want to read more, I suggest Dr. Brian Skotko's response: "Mock my pants, not my sister." As for me, I'm tired of trying to use reason to explain why comments like this are unjust and infuriating. But I'm not tired of telling the story of our family. I'm not tired of loving our daughter and defending her person. I'm not tired of trying to show the world that her life is one that includes much joy and laughter, that her life deserves commendation, not mockery.

Disability; Genetics; Publications
July 20, 2011 at 1:21 pm
To add a comment you need to be a registered user or Christianity Today subscriber.