Home > 2011 > November
What Do You Think About Abortion?Amy Julia Becker
expand 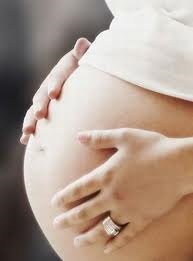 Abortion has been legal across the United States for forty years now, and yet the debate continues about both the ethics and the legality of the deliberate action to end the life of a fetus in the womb. There have been casualties, literally, on both sides. Last month, two workers in an abortion clinic in Pennsylvania pleaded guilty to murder, and two years ago, Dr. George Tiller, an abortion doctor, was shot at close range in his church. Polls continue to show a national divide as to whether or not abortion should be legal.

As a writer, I usually wade into these waters only when discussing the ethical (as opposed to the legal) side of the question. (Something can be totally unethical, like Fred Phelps' hateful speech about gay people at war veterans' funerals, and yet nevertheless rightly protected by law. Just because free speech is a constitutional right doesn't make hate speech good or right.) And I'm usually only discussing the ethics of prenatal testing that leads to abortion rather than abortion in and of itself.

But as a Christian and as a citizen, I think about both the politics and ethics of abortion a lot. I've asked two of my writing friends, Karen Swallow Prior and Ellen Painter Dollar, to offer their views on abortion. Karen is "pro-life" and Ellen is "pro-choice," though I hope that in reading both of their essays, you'll recognize with me the places where their views overlap. Both are concerned about the health and lives of pregnant women. Both of them are concerned about reverence and care for babies in the womb. And yet they have reached different conclusions, in part because of their Christian faith, on the question of abortion.

This afternoon, I'll be posting Karen's essay, and come back tomorrow for Ellen's.

Here's a sample from Karen:

Next week, I will feature a question and answer with each of them–please feel free to offer your own comments and questions, but please do so with the same tone of graciousness and respect these two writers demonstrate towards each other.

Abortion; Ethics; Liberty University; Parenting; Pro-Choice Movement; Pro-Life Movement
November 17, 2011 at 7:19 am
To add a comment you need to be a registered user or Christianity Today subscriber.

What Do You Think About Abortion?

What Do You Think About Abortion?