Home > 2011 > November
Why People Who Aren't Christians Should be Glad When Christians are Around...Amy Julia Becker
expand 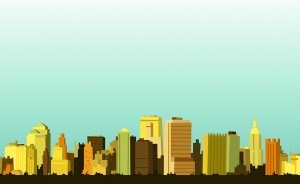 I live in the Northeast, where it's kind of unusual, and certainly suspect, to be an evangelical Christian. To believe in the Trinity and the Resurrection and forgiveness of sins and all that. But I do believe those things, and I go to a church where they believe those things, and I can't (or won't) change the ways in which many of my neighbors and I disagree when it comes to God and Jesus and the Holy Spirit at work in the world.

I often find that people are skeptical of my faith. No, actually, skeptical isn't the right word. Wary. They are wary that I come into relationships with an agenda, and a negative agenda at that. That I come in wanting to "convert" them to my religion or to my way of seeing the world. Or that I have a moral and political stance to which they need to conform.

But my hope is that being a Christian is actually a positive thing for the people around me who don't share my beliefs. I hope that our family embodies (or at least gives a glimpse of what it might be like to embody) the love of Christ, an open, transformative, hospitable love for all people, a love that assumes we are all sinners, a love that assumes we are all created in God's image and of inestimable worth. I hope that our presence as a Christian in our community is a good one, a blessing, to others.

Christianity Today has just begun a project called This Is Our City. Andy Crouch wrote an article introducing the project, "A New Kind of Urban Ministry," in which he explains that Biblical stories of Exodus and Exile have often sustained Christians who have been committed to prayerful presence in cities through the years. He writes about some of the problems with those images, however, and then asks:

Is there a biblical model, then, that describes better the situations of churches and Christians in cities today—that retains the valuable features of Exodus and Exile while accounting for our responsibility for our communities? Yes, and it is rooted in the 50 days that make us Christians—from Resurrection, through Ascension, to Pentecost. This story redefines our relationship not just to God but to our world. It is a story summed up in one word, Expectation, that keeps us rooted in and responsible for the flourishing of the world precisely because we have a hope outside of history in the usual sense.

Later in the article, he discusses Christian presence in cities:

I recommend reading the article in full. And I hope that for those of you who are Christians, wherever you live, your presence is a blessing to your neighbors that flows out of a love for God and a desire for shalom.

Why People Who Aren't Christians Should be Glad When Christians are Around...

Why People Who Aren't Christians Should be Glad ...