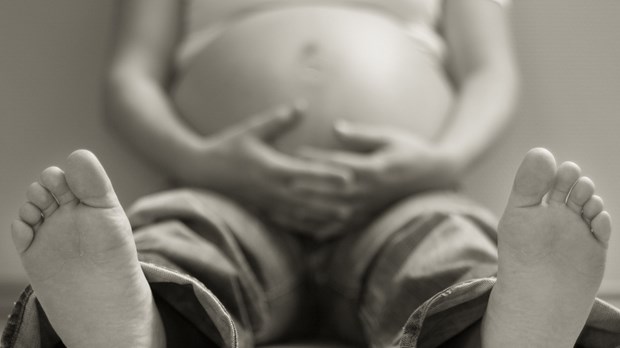 Virginia's Democratic Governor Terry McAuliffe recently signed two bills into law that provide rules for licensing genetic counselors. Genetic counseling has been recognized as a field since the late 1970s, but many states still fail to regulate it. With advances in technology and an increase in the number of older pregnant women, more women are seeking prenatal genetic tests intended to detect trisomy 21 (also known as Down syndrome), Tay-Sachs disease, and other conditions that could require medical intervention at birth and that lead many women to consider abortion. In light of the new tests and the increased number of women requesting them, the time has come to provide clear standards for licensing these counselors.

Licensing genetic counselors is not in and of itself controversial. But Virginia's law prompted a backlash for including a "conscience clause." As reported in Mother Jones by Molly Redden, who opposes the clause, it "frees [genetic counselors] to withhold a patient's test results if the counsel suspects the information might lead her to have an abortion." In other words, if a woman chooses to test for Down syndrome or other conditions and indicates that she is considering abortion, the genetic counselor can withhold the test results altogether.

I spent my day Sunday with my family, including our daughter Penny who has Down syndrome. We went from church to a Special Olympics event in which athletes with intellectual disabilities participated in a variety of stations—stretching, soccer, baseball, rowing, Frisbee—and then returned to their starting point to eat lunch and dance together. The athletes ranged from a few eight-year olds like Penny to a few gray-haired gentlemen and a host of teenagers and adults in between. It was a beautiful day, with not even a trace of the fear or sorrow I once felt when I contemplated our daughter's future. It was a day with laughter and bubbles and the Macarena and marveling at the fact that I have been invited into this simple, kind community.

I believe in the rights of people with intellectual disabilities to live and pursue happy, full lives. I believe that misinformation and biased cultural assumptions often lead women to choose abortion, and I see it as a part of my calling as a writer to challenge those assumptions. I hope that such advocacy might decrease the number of abortions of children with trisomy 21 (and other trisomies) as we tell the good, sometimes hard, stories of diverse families who welcome children and adults with disabilities into our midst.

Despite my advocacy for the life of children with disabilities, when I first read about the conscience clause legislation, I reacted against it. The field of genetic counseling has always presupposed the option of abortion. For genetic counselors to withhold the option of abortion seems at first to go against the profession itself—not because genetic counselors push women toward abortion, but because providing information about the available choices is part of their code of ethics . More important, for women to seek counsel about the genetic makeup of their child, only to have counselors withhold results based on what the women may do with the information, strikes me as disingenuous, unprofessional, and demeaning to the women on the other side of the table..

But the more I thought about the bill, the more I found reasons to support it, especially if it were worded differently. Clear standards to license genetic counselors will help all women seeking such counsel. And a national or statewide debate over the purpose of genetic counseling allows women and families to better understand what such counseling could provide. As for the conscience clause itself—well, perhaps this legislation could lead to a new type of genetic counseling, one that, for women who select it, does not include the option of abortion at all.

I've heard countless stories from mothers of children with Down syndrome and other genetic conditions (some of them pro-life and others ardently pro-choice) who didn't want to abort but who did want to know about their child's potential medical challenges before birth. Their stories often include moments of being badgered by doctors and counselors who offered abortion at every turn. (I should note that many doctors are concerned about "wrongful life" lawsuits if they do not provide information about abortion in the face of genetic conditions.) If genetic counselors invoking this conscience clause were very clear with their clients from the beginning that they would not offer abortion as an option, it would protect counselors from entering a potentially deceptive relationship. And clients might find a safe place to face the emotional and practical preparations for raising a child with a disability.

All this said, I also believe pro-life genetic counselors could ethically abstain from invoking the conscience clause and could continue to provide information to all families facing difficult choices. Polarizing genetic counselors into two types might mean that pro-life counselors never interact with women who don't know what to do when facing an unexpected prenatal diagnosis. To continue counseling women who might choose abortion is to walk a messy, complicated, ethically fraught path and to offer support and care for women who decide they cannot continue their pregnancies.

I'm still not in favor of the conscience clause as it now stands—if it is used to deceive women about their pregnancies. But providing a safe place for women who don't want the option of abortion seems like a reasonable way to protect both the women and counselors involved. Prenatal counseling can help women prepare to receive whatever child God has given. It can also be a positive way to stand on the side of the life of the most vulnerable ones among us.

Abortion; Disability; Genetics; Prenatal Testing; Pro-Life Movement
April 30, 2014 at 8:45 am
To add a comment you need to be a registered user or Christianity Today subscriber.

Can Pro-Life Christians Be Genetic Counselors?

Can Pro-Life Christians Be Genetic Counselors?