Home > 2014 > April
How Christians Should Talk About Sex What Rolling Stone and Paul have taught me. Amy Julia Becker 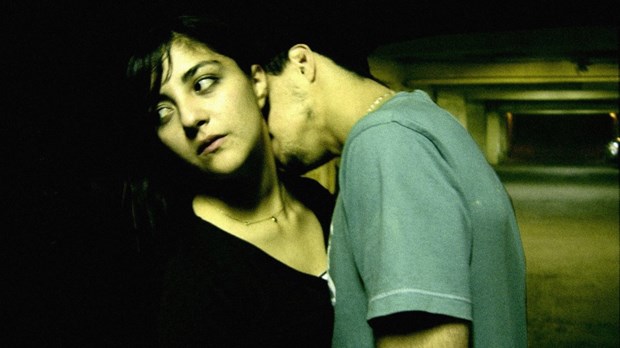 I'm starting to feel like an old lady. I shook my head at Miley Cyrus at the MTV Music Awards and at Beyonce's performance for the 2013 Super Bowl halftime show. I went out for a drink with friends on my 37th birthday, and we talked for an hour about how to protect our sons and daughters from our pernicious sexual culture. And then I read a report in Rolling Stone about the sexual norms among "young people" in America, and my eyes nearly popped out.

Maybe you're like me—old enough to feel some combination of bewilderment, shock, and sadness about the state of sex in America. The Rolling Stone piece, "Tales from the Millennials' Sexual Revolution," begins like this: "By the end of their dinner at a small Italian restaurant in New York's West Village, Leah is getting antsy to part ways with her boyfriend Ryan, so that she can go meet up with her boyfriend Jim." Wait, what? Yes—you got it, she has two boyfriends and they all know about each other and they are all okay with that.

But the article goes farther than simply profiling an unusual relationship. It notes that only 20 percent of 18–29-year-olds are married (in 1960, that number was 59%), and that the average age at which people get married has increased by 6 years, but also that teenagers are waiting longer (on average) to have sex, and that the rates of teen pregnancy are declining. It considers the impact of pornography and the hookup culture. Though it is quite explicit, it offers a good overview of sex and sexuality among the millennial generation, and the overall picture includes lots of unconventional attitudes.

There is a part of me that wants to respond to these changes in sexual norms by constructing arguments in favor of traditional sexual morality. I want to write about how grateful I am to be faithfully married to a man who has also been faithful to me. But I know that my words of conventional sexual norms will do little to change our culture. Such words might even cause harm, might alienate me as one who judges and condemns rather than holding out faithful love as a beacon of hope.

It's funny, because although I want to hold out a biblical ideal of sex, I want to do so in very unbiblical terms. The apostle Paul wrote to a culture that, when it came to sexual ethics, rivaled ours. I remember walking around the ruins of Pompeii, a city in the Roman Empire of Paul's time. Preserved amongst the ashes are some of the mosaics that once hung in entryways to grand houses. Many of these images would still be considered pornographic—naked men and women, naked men and men, in the act of having sex. As Paul's letters to the Corinthians attest, the Gentile culture of his time involved adultery, promiscuity, and pederasty. But Paul's response to his culture wasn't exactly what I might have expected.

From the records we have, we can deduce that Paul talked about sex with people who were already within a church community. He didn't stand up on Mars Hill in Athens and preach about immorality. He told the story of Jesus, the one who rose from the dead. He didn't argue about "lifestyle issues" with pagans. If he argued about anything, it was about grace and truth and love. And then he told the story of Jesus again. (See Acts 13, and Acts 17 for two examples.)

Of course Paul writes plenty about sex, but again, he does so to people in Christian communities and he almost always does so in the context of whole-life change. Sex is one moral issue amidst a host of others. Paul assumes that for these Christians to change—whether in what they eat or who they sleep with or how they talk or anything else—Paul assumes change will be radical, positive, and ongoing. He assumes it will only happen with the help of the Spirit, in the context of Christian community, and only as they grow up in the knowledge and love of Christ.

So if Paul serves as my example, I don't need to get on my soapbox about sexual morality any time soon. In fact, I should probably avoid it. And I certainly should avoid any sense that I can claim any moral superiority to Miley Cyrus or the young people depicted in Rolling Stone. Instead, I should keep the story of Jesus close at hand, the story that reminds me that the God of all goodness and truth and beauty and light has raised Jesus from the dead and offers us hope and healing and new life, the story that reminds me that I once was lost but now am found.

Millennials; Paul; Sex and Sexuality
April 14, 2014 at 8:11 am
To add a comment you need to be a registered user or Christianity Today subscriber.

How Christians Should Talk About Sex

How Christians Should Talk About Sex