Home > 2014 > August
Christ is the Answer to Our Race ProblemThree practical, public, and personal ways for the church to lead. The final guest post in our series on racial reconciliation, by Kyle Canty. Amy Julia Becker 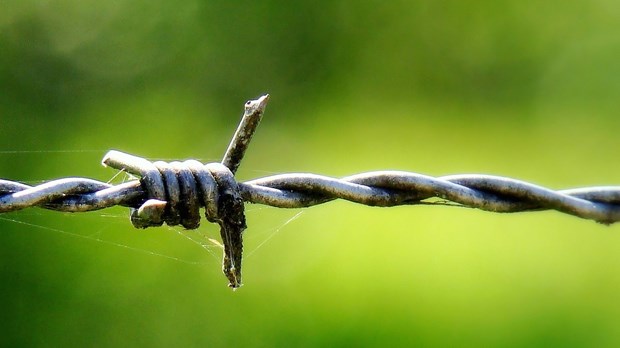 Image: Jonatas Cunha/Flickr
"The Other Side of Fear is Freedom"
expand

For the past month, this blog space has been dedicated to exploring the topic of racial reconciliation among Christians. I will offer a summary of all these posts on Monday as well as my concluding thoughts on Tuesday. Today I offer these empowering words about action we might take to help the church move toward healing and wholeness from Kyle Canty:

For some Christians within the North American evangelical tradition, the work of racial reconciliation can be boiled down to the idea that there is only one race, the human race. The Apostle Paul’s Athenian sermon in Acts 17 provides teaching to support this idea: “From one man he made every nation of men, that they should inhabit the whole earth.” So, the thinking goes, if we could simply memorize, meditate on and proclaim that there is one race then maybe we’ll be well on our way to the multi-ethnic, multi-cultural ‘pot luck’ in the sky.

The culture of dialogue may lead to a kind of Groundhog Day of race talks and symposiums where audiences show up to hear a lineup of black speakers and reminders that in the body of Christ there is neither Jew nor Greek but we are one in Christ. The knowledge of equal standing of humanity before our Creator is powerful and we can’t ignore or dismiss it as being too rudimentary. And yet I don’t believe that most of the church in North America has a problem accepting that in God’s eyes we are equal. I just believe that the church in the U.S. is comfortable stopping at simply hearing good preaching about race and reading books that propose colorblindness as the path towards reconciliation.

1. Indoctrination into a New Way of Thinking (Renewing Our Minds)

The Dutch Reformed Mission Church (DRMC) of South Africa birthed a confession out of oppression. The pivotal issue captured the attention of both black and white leaders was that the system of apartheid stood as an affront to the gospel of Jesus Christ. The Belhar Confession, originally drafted in 1982 and formally adopted in 1986 by the DRMC of South Africa, came about as white and black Christian leaders wrestled with the gospel and the unjust social systems of their land. This confession expressed their desire for a reconciled homeland. The beauty of a confession like this is that it leans towards action and avoids paralysis over things that are not central to the gospel. Confessions also lean towards community instead of the American preoccupation with individualism and personal faith.

The problem of racial reconciliation is larger than a cursory glance or corner conversation. In fact, this particular matter is so important to our gospel witness that a community declaration patterned after the Belhar Confession may be in order for the evangelical church in the United States. What would happen if men and women from evangelical churches in North America met together to deal with our own troubled past? What if we articulated a commitment to address issues of racial discrimination and oppression openly and publicly? What if we penned a confession of our own?

The next possible step that the American evangelical church can take to bridge the gulf that exists goes back fifty years to the summer of 1964 in the state of Mississippi. Civil Rights activist flooded this state under the leadership of Robert Moses in order to protest voting injustice in the state of Mississippi. Although a New Yorker, Robert Moses made influential connections with Fannie Lou Hamer, the famed civil rights activist in Mississippi, in order to facilitate the goals of the Student Non-Violent Coordinating Committee (SNCC). His idea was to bring northern college students to join Mississippi blacks to register the disenfranchised citizens of this state. These students, mostly white, sacrificed a summer in order to address systemic injustice. They were trained by members of SNCC and welcomed into the homes of residents who opened their hearts to outsiders. They collectively experienced the heat, hunger and harassment that most black Mississippians experienced on a daily basis. Identification is one of the most powerful tools that we have against discrimination and systemic racism.

The prospect of white evangelical Christians committing to address racial reconciliation may require intentional identification with those who are the oppressed and disenfranchised because of the color of their skin. What if the dominant tribe within evangelicalism became subdominant in order to push the process of reconciliation forward? Freedom Summer of 1964 proved that walking hand-in-hand through struggle despite major differences was indeed possible.

There is no greater example of identification with the ‘other’ than the incarnation of Christ. He was born outside of comfort, grew up on the run from authority and intentionally reached and lived among society’s marginalized. The ministry of Christ goes beyond the White bohemian-styled Jesus that we’ve popularized. Loving beyond betrayal and abandonment is the real stuff of Jesus. He embodies tenacious covenant community. What I’m proposing goes beyond the facile, “I have a black friend” that many cling to as a pass when it comes to the nitty-gritty of real reconciliation. What if white Christians decided to come under Black church leadership in order to experience what it is like to be a minority? How about scheduling a meeting over some coffee and asking someone black to tell you how they really feel about race? What about a consortium of churches who intentionally mobilize white and black students to spend their summer serving within a struggling urban minority community?

Lastly, the power of influence and accountability is an incredible tool in the journey towards racial reconciliation. For instance, in the early church, Paul confronts Peter because of his duality towards Gentiles in front of his Jewish brothers. There was no option for Peter outside of repentance (Galatians 2:11-20). As a black man I am expected to check someone if they spew race garbage. But what if more of my white brothers and sisters took seriously their responsibility to confront the sin of racism?

Many conversations, emails, and messages that I will never hear or see exist within a world where there are no men and women of color. This is what I call white space. The opportunity to confront privilege, bigotry and systemic racism is not exclusively a responsibility of the black church or the more liberal/urban wing of evangelicalism. This is not a black church responsibility, it is a church responsibility. Let me say it plainly: white Christians need to check friends, family and acquaintances when they see anything racist that doesn’t resemble the gospel of Jesus Christ. The power of individual influence can marginalize those who hold onto the evil of bigotry all while claiming to love God.

In conclusion, the above suggestions—Indoctrination, Incarnation, and Influence—are public, personal and practical ways for contemporary evangelical Christians to confront ongoing racism within our culture and even within the church. Yes, Christ is the answer to America’s race problem. And faith in Christ without works is dead (James 2:17). 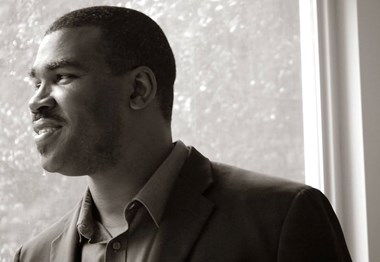 Kyle Canty is a married father of three. He works for Lifeway as the P2 Missions and World Changers City Representative for Philadelphia. He is also an assistant pastor at Great Commission Church located in Philadelphia. He holds a B.S. (Bible) and M.S. (Christian Counseling) Degrees from Cairn University and an MDiv (Urban Studies) from Biblical Theological Seminary (Hatfield, PA) and currently working on my DMin degree in Urban Missiology at Biblical Theological Seminary (Hatfield, PA). As an aspiring blogger he looks forward to writing more around the intersection of Christian theology, African American History and the marginalized. His blog The Rooftop can be found at thecityrooftop.com or follow him on twitter at @kcanman.

This is the final guest post of a series exploring race and reconciliation within the church. To read the entire series, click here.

Racism; Reconciliation
August 29, 2014 at 5:48 am
To add a comment you need to be a registered user or Christianity Today subscriber.

Christ is the Answer to Our Race Problem

Christ is the Answer to Our Race Problem