Home > 2014 > August
Confessing My RacismHow forgiveness could transform us all. A Guest post by Anna Broadway.Amy Julia Becker 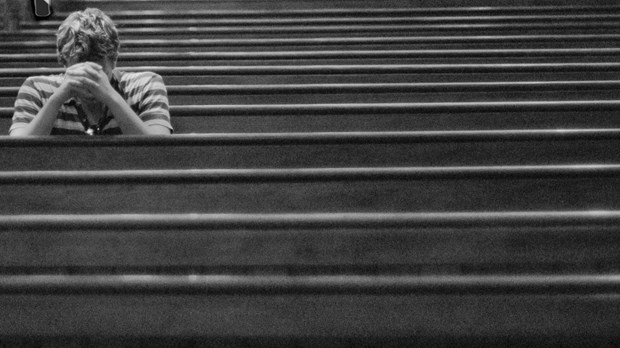 How can Christians seek racial reconciliation, justice and healing? Attempting to answer that question means reckoning with racism. But as a member of the ethnic group that has enjoyed disproportionate power and privilege because of systemic and other forms of racism, attempting an answer means trying to address a blind spot that afflicts my own vision.

Far easier to point out the comparatively more obvious blind spot of another person's racism — be it Donald Sterling, Paula Deen or commentators on Jeremy Lin. But insofar as we can call racism a blind spot (by which I don't in any way mean to absolve people of responsibility), Jesus taught a very different process for correction: start with your own sin.

Confession raises all sorts of fears, but racism has become one of the most shameful sins I can think of. I didn't realize I saw it that way until one day about 10 years ago, when various slurs started coming to mind as I walked down a street in my neighborhood and saw people of different ethnic backgrounds.

As someone with relatives and close friends of various ethnicities, I was horrified by my own thoughts. Each time it happened, I begged God for forgiveness and a change in heart. At first, I hoped God and I could work it out privately. But you can't address something as long as you pretend it isn't there. And racism causes inherently communal destruction. So I confessed my thoughts to others at church and asked for their prayers. The thoughts continued.

Then, shortly after I moved to California, my then-roommate invited an African American pastor over to pray with her. After they finished, something prompted me to confess my struggle with racist thoughts.

When the pastor asked for more background, I reluctantly shared a hurtful experience that happened around the time the thoughts began. I'm not sure what I expected her to say, but to my astonishment, she said, "Oh, no one ever apologized to you" — and then proceeded to do so herself.

Nothing had prepared me for a response like that. Everything in me resisted the admission, fearing that exposure of my sin at its worst would lead to relational disaster and rejection. Even seemingly lesser sins — ignorant, careless or inadvertently hurtful remarks — had previously damaged relationships and caused others to pull back in hurt and anger. So I was ready for what I thought I deserved.

But instead she was apologizing to me?

That woman's response was one of the most humbling and powerful experiences I've ever had with someone of another race. Though she apologized on behalf of others, her response also offered a measure of the forgiveness I desperately needed. In that moment, she embodied the hope of the coming racial unity Paul describes in Ephesians:

"[Jesus] himself is our peace, who has made the two one and has destroyed the barrier, the dividing wall of hostility, by abolishing in his flesh the law with its commandments and regulations. His purpose was to create in himself one new man out of the two, thus making peace, and in this one body to reconcile both of them to God through the cross, by which he put to death their hostility." (Eph. 2:14-16, NIV)

I wish my racist thoughts ended with that conversation, but it hasn't been so easy. So, recently, I decided to spend some time in listening prayer about racism. With the listening process my church follows, you ask God to take you back to where a particular issue began, showing you both the lies you believed and the truth about the situation. Later, you renounce your belief in those lies and, if necessary, walk through a similar process for unforgiveness, verbally releasing the other person from his or her debt.

To my chagrin, several old wounds came up again. I may never fully know the connection between those events and my thoughts, but I realized during my prayer time how many small hurts — especially with strangers — I'd left to fester quietly. And small as they might seem, each of those unforgiven wounds both damages my relationships and keeps me from God.

To say that all people bear God's image means we not only share a common dignity, we serve a God who has dispersed His image, uniquely entrusting Himself to each person. The more homogenous our relationships, the more distorted our resulting picture of God. If we truly desire to know God, we should seek to know as much of His creation as deeply as we can, no matter what sin we must deal with in the process.

So, in closing, I want to apologize for my part in whatever hurt, discrimination or injustice those reading this have experienced because of your ethnicity. I am sorry for the ways I have believed lies about you; dismissed your perspective; conflated your choices or actions with your race; expected you to speak for other people; not forgiven you when I felt hurt in our relationship; and otherwise denied your status as fellow image bearers of the divine King. I am sorry for the ways I have sinned against you because of how God made you, rather than rejoicing in His design. For whatever role I have had in this cruel and often seemingly hopeless family conflict, I apologize. And I ask you to forgive me.

To those reading this who see racism as a mostly "out there" or "back then" sin problem, I humbly suggest that you ask God to show you any blind spots you have. If the Bible does not leave room for human sinlessness, generally — Jesus aside — why should we be so confident of our innocence in racism? As God convicts you, ask Him how and to whom He might have you repent.

I didn't want to admit my sin of racism publicly, much less on the Internet. But I deeply long to see God restore relationships so that Africans and Europeans, Jews and Palestinians -- all members of His family -- enjoy and delight in each other as He intended. That healing comes on God's terms, not ours.

Earlier this year, I discovered Marilyn Nelson's award-winning biography of George Washington Carver. Artful and intimate (Nelson's own father briefly overlapped Carver at Tuskegee), the book introduced me to the botanist's late-in-life friendship with a young descendant of white slave owners named Jim Hardwick. Nelson depicts one of Carver's letters from their ongoing correspondence:

"Your letter touched me deeply. How I wish

I was more worthy of the things you say

about me. I love you more dearly because

you are of another race. God is using you

to teach the world the brotherhood of man,

the fatherhood of God. How sweet it is

to let God purge our souls of ego and

bitterness, and to have a little taste

of heaven here on earth. I trust you will pray

for me, that I get rid of my littleness.

I did not have to learn to love you: You

were chosen for me. I knew that the first

time I saw you. It was the Christ in you,

May God give — and use us all to produce — more such tastes of heaven on earth until His kingdom comes in full.

Note: Several friends who gave input on earlier drafts of this piece deserve tremendous credit for helping shape what you've just read; any hurtful or insensitive words are entirely my own responsibility. 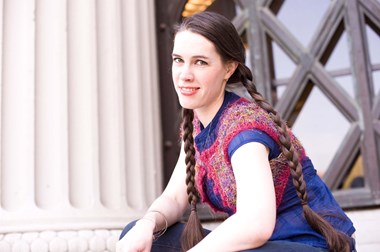 Anna Broadway is a writer and editor living near San Francisco. The author of Sexless in the City: A Memoir of Reluctant Chastity, she also contributed to the anthologies Talking Taboo and Disquiet Time (forthcoming). She has written for TheAtlantic.com, Books and Culture, onFaith and Paste, among others. She also contributes regularly to the Her.meneutics blog.

Forgiveness; Racism; Reconciliation
August 08, 2014 at 8:13 am
To add a comment you need to be a registered user or Christianity Today subscriber.