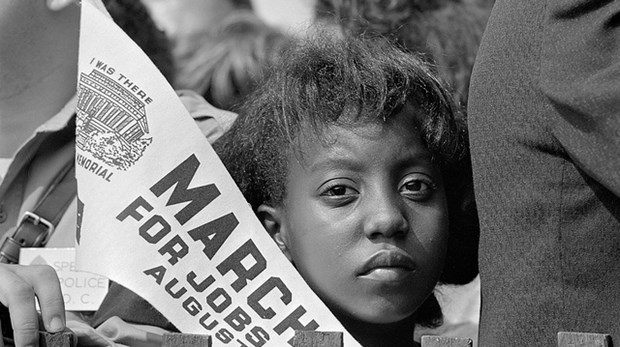 Can you tell us a little bit about your background as someone involved in racial reconciliation work within the church?

I grew up in Atlanta, Georgia, in an African American church. During my teenage years I read and reflected upon the Dr. King’s above quote. It haunted me, and the more I learned about the racial history of both the church and our nation, I couldn’t escape the implications of King’s words. As a teenager, I began attending a multiethnic church and have remained in diverse churches since. The Lord used King’s words, my personal experiences, and the racial tensions of our nation to summon me to the ministry of racial reconciliation.

What do you think Christians need to do to foster further reconciliation and healing?

To foster reconciliation and healing within churches and the broader culture, Christians must be humble, repentant, and longsuffering. This process begins by having candid conversations about race, history, and injustice. This will enable us to confront difficult truths and confess Christianity’s role in racism’s legacy. We also have to learn to identify racism’s contemporary manifestations and then renounce and oppose them. To do this, we’ll have to begin distinguishing Americanisms from the gospel, substantiating our faith proclamations through our actions, and exegeting Scripture in conjunction with society. For healing to ensue, conversations around power and privilege cannot be off-limits. These controversial topics must be forthrightly discussed.

Can you share a time when a “humble, repentant, and longsuffering” group of Christians have helped heal wounds between divided groups?

The Freedom Riders and Clarence Jordan’s Koinonia Farming Community. In both cases, Christians humbly acknowledged racism and their culpability, and in repentance chose to actively turn from the status quo to live counter-culturally for Christ. They were persecuted, physically harmed, and socially ostracized. Nevertheless, they were longsuffering, and their faithfulness produced healing and fruitfulness that remains evident today.

What do you mean by “exegeting Scripture in conjunction with society”? Can you give an example of when you have seen this happen—or when it hasn’t happened and it has been hurtful?

I mean studying Scripture alongside our social context, so that Scripture is the blueprint for our civic engagement. I believe Dr. King embodied this. I also believe that our failure to do this has bred deep divisions within the church and has led to Christianity playing a paramount role in legitimating and exacerbating racial injustice from our nation’s origin—colonizing Native Americans, enslaving Diasporic Africans—to our present-day crises of immigration and mass incarceration. Throughout history, Christians have been guilty of a multitude of racialized sins ranging from apathy to complicity and genocide. Furthermore, Christians’ silence and inaction regarding racism’s overt and covert manifestations have caused Christianity to appear irrelevant, if not oppressive, to many. Consequently, the church has lost much of its moral platform and legitimacy within the broader racial reconciliation dialogue.

How would you define racism?

Racism is part of our nation’s anatomy; as a result, it’s nearly impossible to detect with the untrained eye. While many reduce racism to individual acts, racism is also institutional and systemic. These manifestations of racism are far more pervasive and just as harmful. They are clandestinely enacted in ways where no one person is at fault, yet many are responsible. Consequently, racism is also frequently defined as the power to institutionally enforce prejudice. There’s validity to both definitions. For example, overt discrimination led to approximately 5,500 African Americans being lynched during a 50-year time period, 1890-1940. Systemic racism is manifested through the curricular decision—made by school boards and academic councils—not to include lynching in many U.S. history textbooks despite its prevalence.

Scholars often talk about race as a “social construct.” What does this mean?

That race is not scientifically real—it doesn’t biologically exist. Therefore, race has no significance outside of what we have institutionally and relationally ascribed to it. Race, in order to have real social consequences—which it undoubtedly does—depends on other social phenomena. History shows that bodies are ascribed value along a continuum. Certain bodies (male, white, abled bodies) have been historically acclaimed, while others (female, people of color, disabled bodies) have been globally defamed. Consequently, race has been encoded within a vernacular of morality. Whiteness is associated with citizenship, integrity, law and order; while darker pigmentation is linked to otherness, suspicion, criminality, and deviance. Within this racialized schema, whiteness has been fashioned, as well as set against and above, all other racial categories. Whiteness has evolved into an exclusive fraternity, one that has been judicially regulated, legislatively reinforced, and institutionally endowed with power.

In light of this checkered history, how can the Church contribute to racial healing?

Within our context, an aspect of giving sight to the blind and setting the captives free is becoming a haven of formation and re-education. Racism must be historically situated to be understood. We cannot pursue reconciliation without mending the historical trauma inflicted upon communities of color. Christians must discuss injustices like medical racism and our nation’s eugenics movement, in which Puerto Rican, African, and Native American women were sterilized without consent. We must wrestle with the fact that 31 states had federally sanctioned eugenics programs by the 1960s. We need to know about the Tuskegee Syphilis Experiment, which was also a federally run and endowed study, where African American men—mostly illiterate and impoverished—were experimented upon like laboratory animals for 40 years. They were prohibited by government officials from receiving penicillin for 25 years after it was readily available and publically authorized to cure syphilis.

What are some “tangible steps” Christians could take to “mend the historical trauma”?

Part of reconciling racial divisions is acknowledging the ways we’ve concealed who we are as a nation. Standardized history curriculum eschews our nation’s multiethnic history, concealing instances of oppression and forsaking the achievements of people and communities of color. So acknowledging and affirming our multiethnic heritage, as well as the leadership and ingenuity that emerged from communities of color, would offer freedom and healing for many.

Without contextualization, racialized lamentation seems abstract and unwarranted. Thus many Christians today mistake lament as “playing the race card” or “minorities’ inability to overcome the past.” But indifference to injustice, racial or otherwise, is a failure to express faith in love. Reconciliation acknowledges that sin has distorted the nature of our relationships. And it summons us to discern how we can recalibrate our relating in light of the gospel and in pursuit of the kingdom. Reconciling is a sacrificial endeavor. It’s always costly, but its fruits are well worth the toil. Reconciliation, when authentically enacted, is a foretaste of heaven. 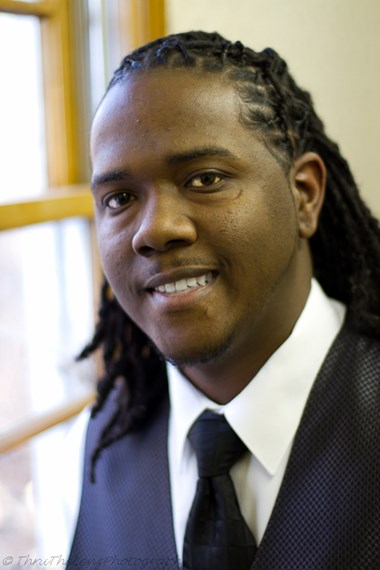 Dominique DuBois Gilliard is a pastor at New Hope Covenant Church in Oakland California. He is also a board member of the Christian Community Development Association (CCDA) and the director of racial reconciliation pilgrimages for the Pacific Southwest Conference of the Evangelical Covenant Church. Dominique is a graduate of North Park Theological Seminary, where he also instructed courses on racial reconciliation, justice, and Christian ethics.

Racism; Reconciliation
August 20, 2014 at 10:04 am
To add a comment you need to be a registered user or Christianity Today subscriber.

Multiculturalism Beyond Photo Ops and Potlucks

Multiculturalism Beyond Photo Ops and Potlucks