Home > 2014 > August
Want to Be Multiethnic? Get Ready For DiscomfortLiving out the gospel ideal of reconciled community proved far more difficult, and wonderful, than we ever expected.Amy Julia Becker 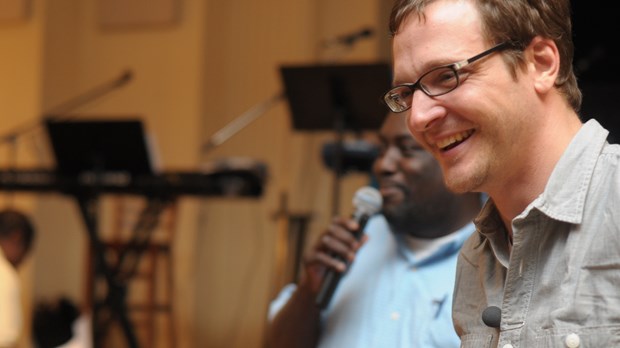 Despite the rapid diversification of American society, the typical American congregation remains culturally homogenous. Still, there is an exciting, fresh movement toward reconciliation and healing within the church all over the country. About seven years ago, a group of us responded to the call of God to start a new church in the city of Richmond, VA. Pastor Don Coleman, an African American neighborhood pastor, and I teamed up to co-pastor this new community called East End Fellowship, the goal of which was to embody a culturally reconciled fellowship. We believed that one of the clearest ways we could bear witness to the good news about Jesus was to demonstrate that the gospel has power to bring divided peoples together in a common community.

Living out this goal proved to be far more difficult than any of us ever anticipated. We discovered that cultural differences run to the core of almost every way we “do church.” For example, the white folks expected an hour-long service, but for the black folks a two-hour service seemed abbreviated. The white families expected a highly structured children’s ministry, while many of the black families came from churches in which the children were a part of the entire worship service. We ran up against cultural differences in almost every aspect of congregation life—from worship music to preaching styles, from hospitality ministry to small group ministry. This struggle led us to an important conclusion: what keeps people congregationally segregated may not so much be racial animosity but rather profound cultural differences, and an undergirding consumer mentality that keeps us selecting congregations that best meet our personal cultural preferences.

In response to this, at East End Fellowship we developed something we call “The 75% rule.” It goes like this: When we gather together to worship on Sundays, everyone should be happy with no more than 75% of what is happening during the worship service. Why such a strange rule? Because we realize that in our culturally diverse congregation, if you are happy and comfortable with more than 75% of what is going on, it most likely means that your personal cultural preferences are being dominantly expressed. So we’ve decided that no one cultural form will be dominant and everyone will be equally unhappy with the worship!

We believe this “rule” is true to the pattern of the gospel. Even though there is one, true, unchanging gospel, there is no one single way to express the Christian faith that is universal for everyone in all cultures. In fact, one of the most beautiful things about Christianity is that the Holy Spirit is at work in every culture under heaven to create God-pleasing worship, expressed in the particular cultural forms of all the nations of the earth. The Book of Revelation suggests that in the New Kingdom, all these different cultural expressions will be present to God’s glory (Rev. 21).

What this means for the here and now is that what you do in worship is never culturally “neutral.” Each element of worship rather expresses a particular cultural form that will naturally be more welcoming to some and less to others. What songs you choose, how long your worship service is, or the way you preach all communicate certain things about the kind of people that are welcome there and the kind that aren’t. You may state openly that you welcome all kinds of people into your service, but if you only sing 19th century hymns, print a bulletin that requires a high degree of literacy, and have a tightly structured 60 minute service, you are doing a lot to communicate what kind of person this worship service is for (white, literate, and middle class). Of course we cannot be everything to everyone, so every church does have to come to some conclusions about the kind of cultural expressions they will settle on. But it does also mean for the sake of the gospel we should try to stretch as much as we can to be as welcoming to as many as possible.

I am aware that this seriously rubs against the grain of the way people tend to think about worship in the church. Typically we want our “customers” to be as happy with everything in worship as possible so they will keep on coming back, invite their friends, and give us their money! But it may be more faithful to the gospel to call people to sacrifice a degree of personal preference to make space for the other, and that space is often reflected in the way we worship.

In the end, we settled on an hour and half service followed by a community meal—for some, a service that stretched too long, for others, too short. We decided to have our children stay in the entire service except for the sermon—for some, too much time with the kids, for others, too little. But we have settled on patterns that express our love and appreciation for one another’s cultural preferences, even if we might personally choose otherwise. And all of us have an enlarged appreciation of God’s pluriform grace because of it.

So go on, embrace the uncomfortable. Be willing to endure a song you don’t like or a worship form that seems awkward or out of place. In doing so you may be opening the door for a person to know Christ and to be welcomed in your community that, were in not for your own worship displeasure, would never have felt at home. 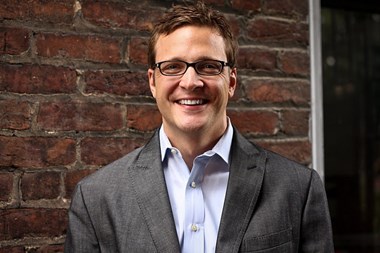 Corey Widmer is Associate Pastor at Third Church, Richmond and Co-Pastor of East End Fellowship, a multi-ethnic congregation in the East End of Richmond.Corey, his wife Sarah and their four daughters live in the North Church Hill neighborhood and have been part of a community development effort there for the last 9 years. Corey is a graduate of the University of Virginia and Princeton Seminary, and is currently a PhD candidate in theology. He loves the outdoors, especially biking and birdwatching.

Church; Reconciliation
August 25, 2014 at 5:03 am
To add a comment you need to be a registered user or Christianity Today subscriber.

Want to Be Multiethnic? Get Ready For Discomfort

Want to Be Multiethnic? Get Ready For Discomfort