Home > 2014 > December
Wishing You Neither a 'Traditional' nor 'Contemporary' ChristmasHow hymns (and a little bit of hip hop) can aid our worship. Plus a new Christmas hymn from High Street Hymns.Amy Julia Becker 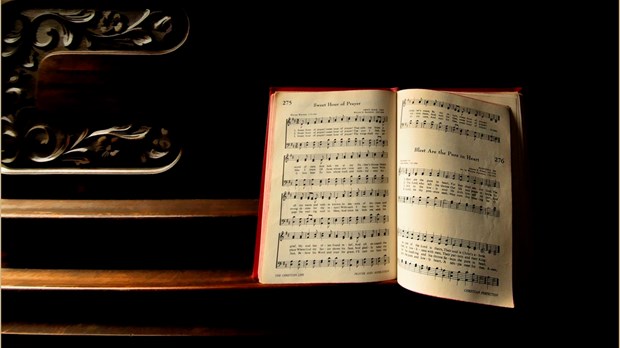 A few years ago, I sat in a church service in Richmond, Virginia, and I listened to a rendition of "There’s a Wideness in God’s Mercy," a hymn I had never heard before. The rich theology within the words, and the beauty and simplicity of the music that accompanied them, lingered with me after the service was over. As we drove away, my phone rang, and I learned that both parents of a friend had died as their plane plummeted into the Gulf of Mexico. The words to the hymn—There’s a wideness in God’s mercy, like the wideness of the sea—stuck with me as a constant reminder of God’s mercy and faithfulness even in the midst of tragic events.

Alex Mejias, founder and director of High Street Hymns, introduced that hymn to me. And Alex has been using contemporary music to resurrect old hymns for 10 years now. Today we have the privilege of hearing from Alex about his music, and to listen to three Christmas hymns, including a new one recorded just a few days ago.

I’ve been listening to your music for years now, but I’m curious to know how High Street Hymns got started.

High Street Hymns grew out of the music ministry at Christ Church in Charlottesville, VA. I had been leading worship for many years when I started there in 2004, but it was the first time I had led music in the Anglican tradition. I fell in love with the liturgy and at around the same time was introduced to some of the early “retuned” hymns coming out of the Presbyterian Church. I began working on some new melodies of my own and after a few years (with the help of Christ Church) put together the first High Street Hymns album in early 2007.

What’s the purpose of High Street Hymns? Who are you trying to reach?

The mission of High Street Hymns is to bring joy and growth into congregational worship through the reclamation of ancient Christian hymnody and poetry. There’s a long tradition of composing music to these texts, and we are participating in that effort, but from a different angle and musical strain. About 35 years ago a rift occurred in congregational music that resulted in what we now call “traditional” (organ, choir, and hymns) and “contemporary” (folk, rock, and choruses) music. Our hope is to be a bridge between the two, creating space for intergenerational congregational worship that is neither “traditional” nor “contemporary” as we currently understand those words. For example, a few years back we put O Little Town of Bethlehem to a new melody: Click here to download

Why return to the music of the past?

First and foremost, so many amazing texts for one reason or another have just fallen out of the collective memory of the Church. Sometimes you have go back to earlier editions of hymnals to even find them because newer editions have dropped them for lack of usage. When I first started reading through hymnals I was blown away by the beauty and insight in many of the hymns.

Secondly, I think singing lyrics wrote by our brothers and sisters who have gone before us provide a connection to larger story of the Church in the world. The Bible tells a story, and we’re a part of it. I love to think about who may have been singing the lyrics to our songs hundreds of years ago and to imagine what their lives were like and how those lyrics spoke to them and formed their faith.

Lastly, we have something to learn from Christians living in a completely different cultural moment. They had struggles and weaknesses too, but in some ways they understood the Gospel in a way that we don’t, just because they were encountering it from a radically different social and cultural context. In some ways I liken this music to cross-cultural ministry as we see, for a moment, the Gospel through their eyes.

Are there any hymns that you’ve recorded over the years that stand out for you?

Just about anything with words written by Charles Wesley or Christina Rosetti, they are my favorite writers to work with. And a song called “Wilt Thou Forgive” (lyrics by John Donne) stands out to me as a hymn that is unique and beautiful.

You now live in a low-income neighborhood in Richmond, Virginia. Is your choice to live in that community related to your music?

We moved to Richmond four years ago to join some very dear friends who were living in community in the Church Hill neighborhood. At the time the decision wasn’t really connected to my music, but living here has had a profound impact on my music. One of the things I love about hymns is that they can be contextualized to almost any setting just by the melody and musical arrangement. I’ve found that to be true here as we’ve used a variety of styles, including hip hop paired with classic hymn texts. I love that the kids in this neighborhood are getting into hymns through some of the music we’ve made. I’m not sure they realize just how old the words are or that the person who wrote them could not be more different than them.

We’ve also found that hymns can be used in cross-cultural worship by using the sounds of R&B and hip hop (affectionately known by some as “hymn-hop”). Again, to offer a seasonally-appropriate example, here's a rap version of "O Come O Come Emmanuel" that speaks not only to bridging the traditional and contemporary music divide but also to the way these hymns speak to our current context: Click here to download

I know you’ve been working on recording some new tunes recently. Is there one you’re willing to share with us? Anything we should know about it?

After a long hiatus, I’m finally back into the studio and I’m excited to be getting some new music out there. We’re releasing a Christmas (technically Epiphany for my church calendar lovers) hymn called “As With Gladness Men Of Old.” I’d love to share it first with your readers and hope it’s a blessing to them this Christmas season. Click here to download 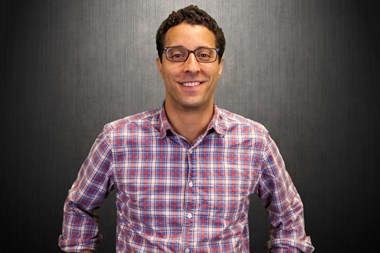 Alex Mejias is a singer-songwriter, worship leader, and attorney living in Richmond, VA. As the founder and director of High Street Hymns, Alex has written over 60 new melodies to hymn texts and ancient Christian poetry and has recorded six albums since 2007. The music of High Street Hymns has been sung in churches across North America and beyond.

Contemporary Christian Music (CCM); Hymns; Music; Worship
December 23, 2014 at 6:36 am
To add a comment you need to be a registered user or Christianity Today subscriber.

Wishing You Neither a 'Traditional' nor 'Contemporary' Christmas

Wishing You Neither a 'Traditional' nor 'Contemporary' Christmas