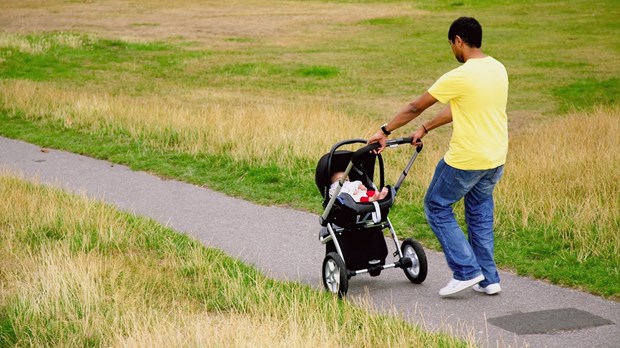 Father's Day is on its way, and with it comes a reminder of the significance of fathers. In reading the first article posted here in the Weekly Roundup I wondered again about the reason God calls himself Father over and over again in the Bible. It may well be a hallmark of patriarchical culture. And yet I'm also struck by the growing evidence that fathers really matter to kids (shocking that we are starting to prove this truth!). The crucial role of mothers, at least biologically, has never been in dispute. And biology creates a bond between mother and baby that is hard to walk way from. Fathers, however, don't have the same physical bond with their children. In many cases, they have to choose to stick around. Perhaps that's just one more way God is like a Father--the one who chooses to stick around and love us, no matter what.

So here you go--a series of excerpts on family and culture from around the web this past week. Happy reading, and Happy Father's Day!

In Mr. Raeburn's book, there is plenty of good news for dads, and plenty of bad. A zippy tour through the latest research on fathers' distinctive, or predominant, contributions to their children's lives, "Do Fathers Matter?" is filled with provocative studies of human dads.. But above all, Mr. Raeburn shows how little we know about the role of fathers, and how preliminary his book is. Its end is really a beginning, a prospectus for further research.

Mr. Raeburn is perhaps a bit too careful in withholding recommendations. A more argumentative book would have called, at least, for increased paternity leave, a corporate culture more supportive of all parents, and other policies to nudge dads into their children's lives. In the meantime, however, he makes a powerful case that fathers matter. Children can grow up happy and successful with just a mother, or with two moms. But we should attend to the benefits that fathers are more likely to bring.

Why would I take any of you to Disneyland when a simple stroll through the cereal aisle is a source of much irritation? I can already hear the "Can I buy that? Can I buy that?" over and over again for items marked up 900 percent and my soul whispers "NO, DISNEY. NO."

I don't hate fun, either. We go biking. Bake together. Walk to the park. I received a letter from the library letting me know that they're starting their summer reading program again (stickers!). I know that doesn't really compare to taking a photo with an 18-year-old actress stuffed into a Simba costume, but I'm doing what I can.

I love you to the moon and back, but not quite to Disney. Now pack your stuff. We're going to the beach.

American children of the 19th century had a reputation...There were really no children in 19th-century America, travelers often claimed, only "small stuck-up caricatures of men and women."

So how did we get from "democratic sucklings" to helicopter parents? Though many point to a rise of parental worrying after the 1970s, this was an incremental change in a movement that began a hundred years earlier.

There was good reason to tame the boys and girls of the 19th century...But somewhere between Jane Addams and Nancy Grace, Americans lost track of their larger goal. Earlier parents raised their kids to express values their society trumpeted.

Does the overprotected child articulate values we are proud of in 2014? Nothing is easier than judging other peoples' parenting, but there is a side of contemporary American culture — fearful, litigious, controlling — that we do not brag about but that we reveal in our child rearing, and that runs contrary to our self-image as an open, optimistic nation. Maybe this is why sheltering parents come in for so much easy criticism.

Becoming a mother was so simple when I became a mother. Pregnancy was treated as a natural experience. You peed in a cup, and then once a month the obstetrician pressed his stethoscope against your belly and you watched his face for a smile.

Confronted on a regular basis with images of women who represent a diverse array of body types, a growing number of American men are reportedly feeling pressured to accept the increasingly realistic standards of female beauty now depicted in the media, social scientists confirmed this week.

Not very much, according to many educators. The Common Core standards, which have been adopted in most states, call for teaching legible writing, but only in kindergarten and first grade. After that, the emphasis quickly shifts to proficiency on the keyboard.

But psychologists and neuroscientists say it is far too soon to declare handwriting a relic of the past. New evidence suggests that the links between handwriting and broader educational development run deep.

Family; Fatherhood
June 12, 2014 at 6:01 am
To add a comment you need to be a registered user or Christianity Today subscriber.

Why We Call God Father

Why We Call God Father