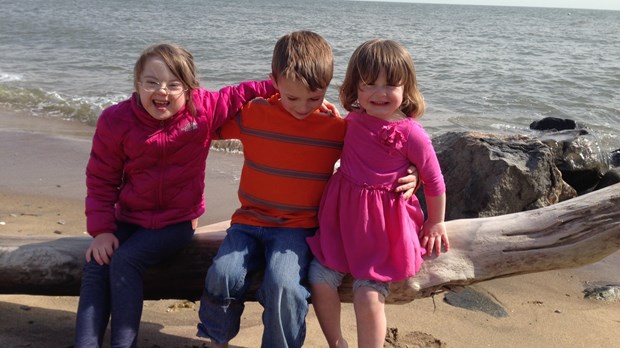 I received a music video from a friend yesterday. It's about children with special needs, and the singer means well. She wants to affirm children with intellectual disabilities. She wants to reassure parents. She wants to cast a spotlight on her own flaws and failings and point out the good qualities of the kids with special needs. Despite these good intentions, this song epitomizes many of the problems well-meaning individuals create when they try to talk about intellectual disabilities in positive terms.

The song starts with who kids with special needs will "never be": he will never be Einstein, drive for NASCAR, be a quarterback. Then comes the punch line. He also will never be a pessimist, a cynic, a bigot, and a whole long list of other negative things. He will, it seems, be an angelic being, a child of light, a wonder walking among us. Children with special needs fill the frames of the video with their beautiful smiling faces. It is supposed to warm our hearts, to work as a tear-jerking reminder that compassion matters more than competition, that if success were measured by kindness instead of IQ the whole world would be a better place, that no one with Down syndrome has ever taken us to war.

But in this earnest attempt to affirm people with intellectual disabilities, this video nevertheless undermines our common humanity and creates an impassable divide between "us" and "them." At the risk of berating a well-meaning singer and song, I want to draw attention to the problems with this message because so many of us share this well-intentioned but ultimately divisive and hurtful perspective.

First, there's the problem of low expectations. It shouldn't come as a shock to any parent to realize our children will never be Einstein or Steinbeck or a professional athlete. But in the song these icons stand in for the more typical aspirations of being passionate about physics or writing or soccer. To make any sort of categorical statement implying that kids with intellectual disabilities will never be capable of typical achievements reeks of the "soft bigotry of low expectations." (A phrase used by President Bush to describe assumptions about students in low-income neighborhoods.) Moreover, it divides parents of typical kids from the parents of kids with special needs. Typical kids' parents can dream. Not parents of kids with special needs. And yet many of us who have kids with special needs can attest not only to the surprising abilities of our children but also to the importance of dreaming for them and with them about a positive future, even if that future differs from their siblings according to what they love and who they can become.

Second, there's the problem of angelic expectations. Shortly after our daughter Penny, who has Down syndrome, was born, a friend said, "Isn't it so great that your kids will never fight?" I remember blinking rapidly, as if my brain couldn't quite process the assumptions embedded in her comment. I think I murmured something vague in response, because I was scrolling through the possibilities inherent in her words. Did she mean that Penny would never give William anything to fight about? That she would never defend herself or pick on him? That she wouldn't be intelligent enough to know a fight if one came her way? In this song, the kids on the "short bus" are angelic beings, and as much as I resonate with the common sentiment that many kids with special needs have a ministry of presence, I also know that my daughter is no angel. She whines and complains and pushes her little sister when she's mad. She acts with self-centered interest. She's human. Just like her brother and sister. To suggest otherwise once again creates an unnecessary and unhelpful divide between who she is and the people around her.

Finally, although this video points to real fears that many new parents of children with special needs face, it also sidesteps the very real challenges that families encounter. Most parents aren't concerned that their kid won't ever be Einstein (and again, that's true for parents of typical kids and those with special needs). But many parents of children with intellectual disabilities are very concerned that their child will be bullied or mocked in school. Or become the victim of sexual or physical assault. Or be unable to find a job due to discrimination in the workplace. Many parents lie awake at night worrying about how their child will manage if and when their parents have died.

The song gets a few things right. Most kids with intellectual disabilities will never become famous. Many of them will teach their parents something about patience and perserverance and hope. And yet the boomerang of low expectations and angelic expectations without any acknowledgement of the messy, broken, beautiful reality in which most of them live belittles their experience, avoids their common humanity, and sidesteps the need for a supportive social network in which people with disabilities are treated as they deserve, just like the rest of us.

Disability; Down Syndrome
May 21, 2014 at 2:11 pm
To add a comment you need to be a registered user or Christianity Today subscriber.