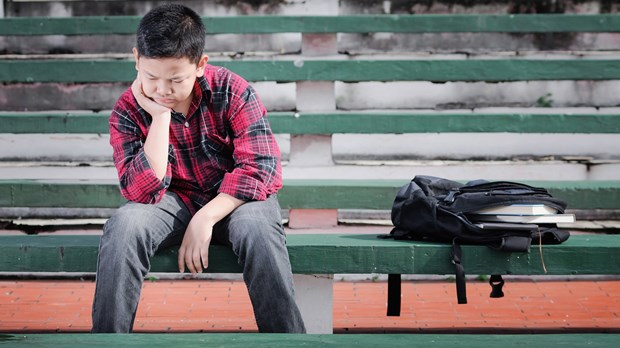 A few weeks ago, my friend and colleague Helen Lee wrote a note on Facebook about her son experiencing derogatory comments related to his race for the first time. I reached out to ask her to reflect upon what God had taught her during that experience for the Small Talk blog series here. Helen brings her usual wisdom and insight to her post today, the fourth in a series that began with Sara Hagerty's children's questions about adoption, and continued with Katelyn Beaty's reflection upon becoming a godparent. Last week, Megan Hill shared thoughts on how to explain adultery to a Sunday school class.

As the mom of a tween-aged son, I can never predict what words are going to come out of his mouth next. Even so, I was taken aback when we were having our routine pre-bedtime conversation and he made this unexpected statement: “Mom, I need to tell you something. Someone made a racist comment at me today.”

Racist. It was the first time I’d ever heard him or any of my three boys utter the word. Although our family had often discussed issues of race and culture in our house, including our own Korean ethnic heritage, we had never done so as a result of any direct race-related barbs. But now my son explained that one of his fellow Little League teammates had used the phrase “ching chong chang” as a joke. Then, after my son tried to explain the inappropriateness of the phrase, the teammate responded by ramping up his use of the phrase, then recruiting another teammate to join in and follow suit.

My son concluded with words that pierced me through: “Sometimes I wish I weren’t Asian. I wish I were more American.”

This from the boy who had been born in the heartland of the U.S., in a tiny Iowan farm town, surrounded by cornfields, cow herds, and the descendants of Dutch immigrants. I had wanted to believe that it didn’t matter if our ancestors came from Korea rather than the Netherlands, that we were all united as Americans together. But my family was the only one to cause heads to turn whenever we walked down the street or through the grocery store aisles. You don’t belong here, the curious stares implied. Where did you come from?

Hearing my son express doubt in his own Americanness brought me right back to the moment more than 30 years ago when I experienced the same feeling of being out of place in my own country. I was similarly tween-aged, sitting in a class of fellow 6th graders, and each of us was filling out a form. My teacher decided to use the opportunity as an odd teaching moment.

“Now, everyone will check the box on this form that says ‘Caucasian’, except for you, Helen. You check that box that says, ‘Asian’.” Before that moment, it hadn’t occurred to me that I was Asian, even though I knew it to be true. But my teacher’s words tore through my class’ collective, colorblind veil. I now recognized that innocence and ignorance had shielded me from seeing that I was the only person of color in the class, the oddball who did not belong. It took decades for me to undo the journey of shame and ethnic identity confusion that began in that grade-school classroom.

I never wanted any of my kids to feel this same feeling, the sense that their cultural heritage was some sort of personal liability, cosmic error, or just bad luck that resulted in their being on the “people of color” side of the multiethnic divide. I never wanted any of them to look in the mirror and wish they could scrub all the Asian out. For this reason, throughout their lives I have celebrated the reality that they are 100% American and 100% Korean (and, in fact, 100% Canadian as well by virtue of having a father from north of the border). An identity trifecta, one I had hoped they would embrace with pride, resulting in a self-knowledge to protect them from other people's cultural ignorance or race-related ill will.

But we parents cannot prevent pain and confusion from crashing into our children’s lives, as much as we ache at times to do so. We can no more sanitize their futures as we can keep our kitchen tables spotless. Sticky messes and scattered crumbs are the inevitable evidence of lives lived, and the same is true in the everyday happenings of our kids’ lives. People and their words or actions will leave imprints ranging from glorious to noxious on our children. We cannot stop the latter from happening. Nor will we always make the right choices ourselves as we try to help our kids deal with those hard moments in life.

I appreciate what Amy Julia writes in her new book Small Talk, to help reassure parents that whether we make those right choices or not isn’t the point of parenting. “…[As] much as God had entrusted Peter and me with caring for our children, we could also trust that God would step in when we failed. I could let go of needing to get it all completely right. The God of redemption and compassion and grace would be faithful.”

I stumbled through some unconvincing reassurances, reminding my son that he was every bit as American as his culturally insensitive teammate, and that God had not made any mistakes in creating him the way he was, Korean heritage and all. And I asked him to try to forgive this teammate, who I knew was likely not harboring a general hatred of Asians but was just misguided and ignorant. His response to my verbal bumblings was a sleepy, “OK. Goodnight, Mom,” as if the incident had already disappeared from his short-term memory.

But just as Mary had pondered and kept her memories of Jesus close to her heart, I knew I would not soon forget what had happened to my own son. And as I prayed that God would somehow use this incident to draw my son closer to him, I came to an unexpected realization. Perhaps the reason our children go through challenges is not just so that they turn to God, but also so that we parents are driven to our knees to do the same. 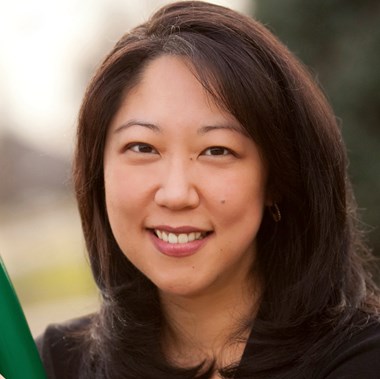 Helen Lee is associate editor at InterVarsity Press and author of The Missional Mom. She lives in Chicagoland with her Korean-Canadian husband Brian and their three sons. Find her on Twitter at @HelenLeeAuthor.

Family; Parenting; Racism
October 31, 2014 at 8:46 am
To add a comment you need to be a registered user or Christianity Today subscriber.

My Son's First Brush with Racism

My Son's First Brush with Racism