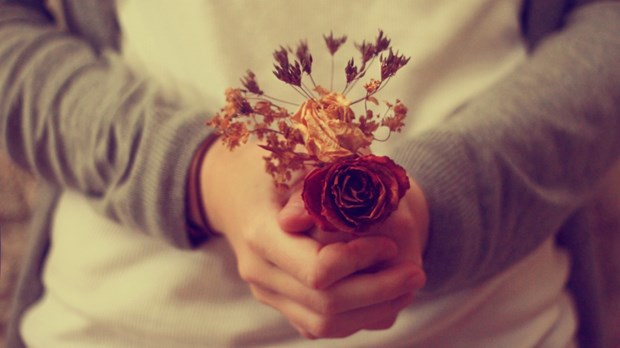 “Mindfulness” is a buzzword these days. As a recent article in the Sunday New York Times points out:

. . . mindfulness has come to comprise a dizzying range of meanings for popular audiences. It’s an intimately attentive frame of mind. It’s a relaxed-alert frame of mind. It’s equanimity. It’s a form of the rigorous Buddhist meditation called vipassana(“insight”), or a form of another kind of Buddhist meditation known asanapanasmrti (“awareness of the breath”). It’s M.B.S.R. therapy (mindfulness-based stress reduction). It’s just kind of stopping to smell the roses. And last, it’s a lifestyle trend, a social movement and — as a Time magazine cover had it last year — a revolution.

Many Christians will be skeptical of mindfulness simply due to its Buddhist roots, and yet at first glance, there’s something attractive about it. In the midst of an overworked, consumerist culture or production and competition, couldn’t mindfulness offer us all something true and good? Awareness of the present moment—my own emotions, the states of being of those around me, the possibilities inherent in right now—aren’t those all good?

At a glance, sure. And yet, as the author (Virginia Heffernan) of the Times’ piece goes on to note, our current fad of mindfulness is often employed in service of the same work-fueled consumerist values. It will make us, and our children, more productive and less anxious, right?

I think back to my own attempt at greater mindfulness during an exercise “challenge” I committed to with a few friends last year. I pledged to write down everything I was eating and drinking, how I felt about said consumption, and any other observations about my state of mind and being. Moreover, I pledged to perform a workout for 30-60 minutes a day (with a day of rest on Sunday). It had some benefits: even a year later, my water and fruit consumption is up, and my carb and fat consumption is down. I lost a few pounds, and I’m stronger. And yet throughout that three-week period, I was mindful of how self-absorbed I needed to be in order to achieve such mindfulness!

I enjoy eating really healthy food and working out daily. But such actions also necessitated sacrifices of time spent with God, time devoted to our family, time socializing with friends, and time serving the church and the schools in our community. I was glad to draw my attention to the habits that were leading me in an unhealthy direction, and yet I was also glad when the three weeks ended.

Mindfulness of myself could easily replace thoughtfulness toward others.

No one word, however shiny, however intriguingly Eastern, however bolstered by science, can ever fix the human condition. And that’s what commercial mindfulness may have lost from the most rigorous Buddhist tenets it replaced: the implication that suffering cannot be escaped but must be faced.

Christians would agree, though we would of course offer a different response to suffering than traditional Buddhist teaching. But Virginia Heffernan has a point here. The highest value within Christianity is love. And love, in a broken world, always involves some measure of suffering, of sacrifice. For Jesus, of course, love required the sacrifice of his life. Even in my mundane and peaceful existence, loving my children, my spouse, and my neighbor always requires sacrifices of time. Sometimes it requires even more than that. No wonder I’m tempted by self-absorption instead.

There’s a time and a place for self-care, and maybe it’s helpful to call such attention “mindfulness.” That three-week eating and exercise challenge jolted me into practices that have become easy to sustain without having to think about it, journal about it, and emote about it all the time. And those practices should lead me to a healthier body for a longer time—more able to love and serve others.

Maybe we all could use some mindfulness in the service of thoughtfulness. But in a self-consumed culture, I want to be careful that I am paying attention to my self and this moment only in the service of love.

If you liked this blog post and want to read more, subscribe to my newsletter, follow me on Twitter @amyjuliabecker, or check out my Facebook author page. You can also read more about parenting and faith in Small Talk: Learning from my Children about What Matters Most.

Consumerism; Love; Meditation
April 20, 2015 at 3:56 pm
To add a comment you need to be a registered user or Christianity Today subscriber.