Brenda Lee chats about the early days of rock—including when the Beatles were her opening act!—and her brand new gospel album. But don't call her a legend.
Andy Argyrakis|May 7, 2007

Brenda Lee shies away from being pegged a "legend," but her genre-bending 50-year career with over 100 million albums sold certainly qualifies her as one. She's also the only woman to be inducted into both the Country Music Hall of Fame and the Rock & Roll Hall of Fame, following a string of hits that include "I'm Sorry," "Rockin' Around the Christmas Tree," "Break It to Me Gently," "Fool No. 1," and "Jingle Bell Rock." Through it all, Lee, who was raised in the church, stayed committed to her faith, but she didn't express it in song until this year, through Gospel Duets With Treasured Friends (Provident). The collection includes a cavalcade of country and rock superstars, including Dolly Parton, Vince Gill, Emmylou Harris, George Jones, Martina McBride and Huey Lewis, not to mention the Southern pipes of Little Miss Dynamite herself. Here's more from our face-to-face chat about her illustrious career.

What's your take on being described as legendary?

Brenda Lee I'm thinking "no way" because I don't think of myself that way! I'm just a girl who's been really blessed to be doing what I'm doing and there's a lot of people who've sweated a lot of tears and put a lot of life's work into me to be able to have my dream. So if I'm a legend, then they're legends to. They're all a part of that circle.

What was it like back in the early days of rock 'n' roll?

Lee It was so fun, but I don't think any of us laying the foundation really knew our careers were going to explode. We knew that the music was there and that this was something special. But whether it was the rhythm or whatever it was, people just grabbed a hold of rock music more than anyone expected. We were glad to be on the front end, but I don't think any of us realized we'd ... 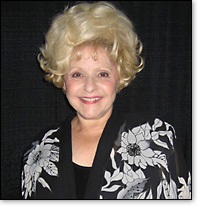