It's the sort of "discovery tale" that happens more in movies than in real life. A young artist from Bermuda dreams of a future in Christian music. She writes songs and even produces an independent project that wins some local awards. Aware that signing with a record label is an important future step, she identifies the one she would like to work with above all others: Gotee Records. She sends Gotee a few demos, knowing they're probably just getting filed (or thrown) away.

Some time later, while attending school studying songwriting for a music business degree, she and a group of classmates took a look at the songs of tobyMac. The next morning, he happens to call her house.  "My mother took the call. When I got home she said, 'Ayiesha, some Toby Mac guy called,' and I was like 'Waaaahhhh!'." Fast forward three years. Ayiesha Woods is no longer an unknown talent, but a Grammy nominated artist with Gotee preparing  to release her second album.

Woods smiles today as she watches her career unfold. "It's all about timing, and it's all about God really orchestrating things in our lives. I have to laugh because it seems like this thing has been going on for a minute. The years are going by so fast. It's been an amazing journey and God has really been doing some great things." The Gotee story, and the reasons Woods singled out the label as a top choice, predate her journey by about a decade; it's an equally fascinating tale of God's provision and timing.

Rewind to 1992. Three guys in Nashville share a love for music. Though they have diverse tastes they sport the same cropped beards and hang out together enough that people start calling them the "goatee brothers". Todd Collins is a percussionist and hands-on producer with a bent toward ... 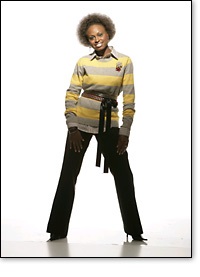