The great filmmaker Robert Bresson sought to depict truth and goodness in a world where "things are going very badly."
Eric David|September 16, 2008

Often called the patron saint of film, Robert Bresson treated film as a serious, almost sacred form of art. Instead of "cinema," Bresson preferred the term "cinematography," as we would use "photography" instead of "photos"—or worse, "pics." He believed that cinema, especially bad cinema, was "filmed theatre;" cinematography is "filming interior movement."

Bresson's intention was "not to shoot a film in order to illustrate a thesis, or to display men and women confined to their external aspect, but to discover the matter they are made of. To attain that 'heart of the heart,' which does not let itself be caught either by poetry, or philosophy, or by drama."

In seeking to portray that "heart of the heart," Bresson once said, "I want to make people who see the film feel the presence of God in ordinary life."

In his 70s, Bresson published a series of Ecclesiastes-like observations on filmmaking, titled Notes sur le Ciné matographe (Notes on Cinematography) that is revered to this day as one of the best manuals on filmmaking by one of the masters.

Bresson has influenced filmmakers as diverse as Kieslowski, Malle, Fassbinder, Bertolucci, Mann, Siegel, Jarmusch and even, to some extent, Scorsese, who observed: "Bresson focuses on the moments that happen between the ones that appear in most other movies." The filmmaker and critic Francois Truffaut had to disavow his early opinion that Bresson's ascetic aesthetic would not catch on. Agnieska Holland said, "For me, Bresson is one of the giants of the last fifty years of cinema. Maybe the giant."

"Where have all the great ones gone?" Andrei Tarkovsky asked in his diary. "Where are Rossellini, Cocteau, Renoir, Vigo? The great—who are poor in spirit? Where has poetry gone? ... 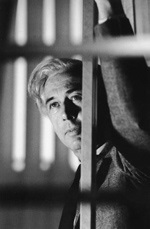