Ben Utecht, tight end for the NFL's Cincinnati Bengals, scores a touchdown with his music career too.
Andrew Greer|July 8, 2009

High-profile performance is nothing new for Ben Utecht. As a five-season NFL veteran and Cincinnati Bengals starting tight end, Utecht entertains hundreds of thousands of fans each fall with his skillful offensive field techniques. But the 28-year-old—who won a Super Bowl with the Indianapolis Colts—has more than pigskin on the brain. He's also a gifted singer/songwriter—his debut album earned four stars from us—who's proving his off-season aptitude to the masses. Utecht spoke with us about his music, the relationships that brought him from the gridiron to the stage, and why, for now, football comes first.

Will there be a place for music during the fall NFL schedule?

Ben Utecht: Once the season starts it's pretty much just football and ministering through football. I really feel like God wants to keep music for the off-season. He's blessed me with the opportunity to play in the NFL, and that has to be my primary focus. But you can count on me getting into music once the season is done.

So would you define yourself as a football player first, then as a musician?

Utecht: They are both part of my identity. But being a football player would probably come before being a musician right now.

Most people spend a lifetime of resources investing in a single career. Is it overkill to divide your energy between two demanding professions?

Utecht: I don't think so. Music has always been a relief for me, an opportunity to get away from stresses and anxieties that come along with [football]. It gives me an avenue to create and express myself. I think that has improved my capabilities as an athlete.

Utecht: Yeah. When you get into the football season it's seven days a week. It's very time-consuming. Music ... 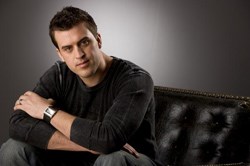