Forty-eight of the top 50 Christian songs in the last decade were by males, a figure primarily determined by women who listen to Christian radio. Why don't they want to hear their female peers on the air?
Mark Geil|May 18, 2010

Even more astonishing: Out of a full ten years of songs, a decade of tumult and change with artists and trends coming and going, 48 of the top 50 Christian songs (96 percent) were performed by males. (Billboard's song charts are "ranked by radio airplay audience impressions [from about 150 Christian radio stations] as measured by Nielsen Broadcast Data Systems," according to its website.) 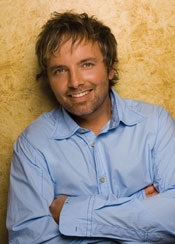 The only two females landed near the bottom of the chart, bookends on a patriarchal age—last year's Free to Be Me by Francesca Battistelli landed at No. 40, and 2003's More to Life by Stacie Orrico at No. 50. Meanwhile, Chris Tomlin had five of the top 50 songs, more than double the total of all the females on the chart.

Since Billboard's Christian Songs chart was created in 2003—337 weeks of existence—females held the No. 1 spot for just 11 weeks, or three percent of the time. Joy Williams and Nichole Nordeman were the first females to top the chart, in June 2005. Then another three and a half years passed before another female hit No. 1.

What's up with that? Is there a bias against women in the Christian market? Among Christian consumers? It's certainly not happening in the mainstream, where a steady stream of Mariah Careys and Beyoncés and Taylor Swifts frequently crowds out the men. So why are males so disproportionately ruling the Christian charts?

For starters, there are simply more males (including male-predominant bands) in Christian music in the first place—by at least a 2:1 ratio, possibly as much as 3:1.

Jenny Simmons has a unique perspective on the issue as a female lead in an otherwise male band, Addison Road. She knows that the plight of the female artist is often lonely.

"Last year," she said, "I was out on the very first Rock and Worship Road Show. It was Hawk Nelson, Tenth Avenue North, Jeremy Camp, MercyMe, and us. I'm literally the only female on stage out of, what, 30 men? Now I'm on tour again with four bands, and I'm the only girl. There are also no female managers, no female booking agents, and not many females at the labels or even with the mission organizations we work with."

Third Day's Mac Powell adds, "There are less women than men who are approaching music as a career," but quickly rules out any talent issue. "I definitely don't think it's because of a lack of women who are great artists or great musicians."

The male-heavy numbers weren't quite as bad in Billboard's top Christian albums of the decade, where females (or female-fronted bands) had seven of the top 50, including two in the top 10. But those numbers are compiled by sales data, while the numbers on the songs charts are an indication of radio airplay, which clearly favors men. But why?

It's no secret that the target audience of Christian Adult Contemporary (AC) radio is primarily female (generally in her 30s and 40s), and has been for about as long as men have dominated the charts. The industry has even given the typical listener a name, "Becky," and a detailed profile. Furthermore, a now-established method for those stations to decide what to play involves asking that female audience what they want to hear. Audience "testing" has become so key to programming decisions that the formula for getting airplay starts with rule number one: Be male.

Audience testing results are held close to the vest, but Christian radio execs consistently declare that male artists test well for radio and that females test poorly. One prominent radio personality—who asked to remain anonymous, as did several others interviewed for this story—notes that many female artists who used to test well seem to have lost popularity during the last decade, begging a question of changing musical tastes and styles.

A female DJ thinks the gender discrepancy "is more about the current popular style of Christian AC and what voices fit best into that style. Up to about 2003, it seemed like every other song was by Point of Grace, Avalon, or Amy Grant, and they tested through the roof. Christian AC was definitely more 'poppy' then. Stylistically things began to change, and a rock sound came into vogue, favoring deep male vocals like those of Mac Powell, Todd Agnew, and Jeremy Camp. It's hard for a female to pull that style off—Jennifer Knapp used to do it—and not cross barrier of being too hard rock to be played on AC."

A fear of sensuality?

Powell also notes a trend in Christian music toward bands, and the paucity of female bands. But Addison Road's Simmons has another theory: Worship music is hugely popular today, and most worship leaders are men. Simmons thinks many listeners see female worship leaders as some sort of threat. 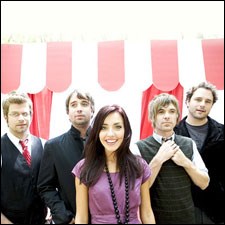 "I can't tell you how many times I've had people come up to me after a performance and say, 'I was very, very uncomfortable having a female onstage when we worshiped. I've never seen that before.'

"There is a fear of sensuality and sexuality within the church," Simmons continues. "We don't know how to handle it. I don't think there is any way to extricate what is raw and passionate about creating music and being on stage. At least for me, there's a huge vulnerability being up there."

Simmons notes that many secular female artists use their sexuality onstage, and fears that passion about music in a Christian female performer might be misinterpreted. She also notes a double standard when it comes to fashion. "I'm a very modest dresser, but I hear people all the time say, 'That's an inappropriate outfit.'" She wonders how often people complain to male artists about their attire?

A program director at a large Christian radio station thinks that the implied role of artist as spiritual leader creates a gender difference. He suggests that women want to be spiritually led by men, so they are more receptive to male artists. He believes this might be a subtle, even subconscious phenomenon, but that "Becky" herself would argue that it's not the case.

Another popular female artist takes the thought a step further. "I have been on tour with some of CCM's most sought-after bachelors, and there is a lot of pent-up longing out there," she notes, speaking of females in concert and radio audiences. "The single, tender-hearted songwriter boy represents something that is very hard to find."

Perhaps that's why one radio promotions expert thinks the target audience—35-54-year-old women for AC, 18-34-year-old women for CHR (contemporary hit radio)—is unenthusiastic toward female artists. "They feel threatened by and possibly jealous of a female artist," he says. "My guess is that they can't even put it into words. My joke is: If the artist's name is Becky, then 'Becky' does NOT want to hear her on the air!"

One female artist has one possible explanation for the predominance of men in the industry: "There is a desire to be a good wife and mother, and that requires ambition to take a back seat. It is normal and acceptable for a dad to leave town for a 60-date tour, but that is more complicated for a mom. I'm not saying that from a feminist point of view, or suggesting that those dads are ambitious in a negative way, just that it is different for a dad." 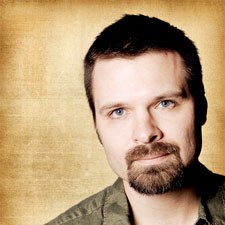 Powell underscores the role of touring in a career. "In our market, touring is a huge part of being successful, so much more than in pop music. If you don't have that aspect of it, you're probably not going to do as well."

So, what's in store for females in Christian music? Radio remains a massive obstacle. An A&R executive from a record label declared, "Radio is still the most necessary vehicle for breaking a new artist." If that's true, then consider this: one prominent radio station's most recent audience test list of 30 songs included one song by Mandisa, but the rest were all males. If females cannot even make it into the testing process, then male dominance in testing becomes a self-fulfilling prophecy.

But some are optimistic. Amy Grant, perhaps the most prominent female in the history of Christian music, lends a historical perspective: "It's probably just a trend, and the pendulum will swing back eventually."

Simmons agrees. "I'm absolutely optimistic. I see so many people opening the doors wide open and encouraging females to use the gifts God has given them. It may take a few years, but I think that in the next decade this is going to be a moot point."

Mark Geil is a freelance writer and an Associate Professor at Georgia State University in Atlanta. He lives in Kennesaw, Georgia with his wife and three daughters.