The 27 worship songs that have made the hymnal cut time and again.
Robert T. Coote|March 7, 2011
Image: ijeab / Getty

There are many ways to identify the most lasting or best loved hymns among American Protestants. But what would we find by looking at all 28 hymnals published by mainline Protestant denominations from the late 1800s to the present? Out of almost 5,000 hymns, how many would appear in all 28 hymnals?

Perhaps there are clues, then, among the 13 finalists, as to which songs today will be around in 200 years. Robert T. Coote, senior contributing editor of the International Bulletin of Missionary Research, has done the research and presents his findings to CT readers.

The Inventory surveyed for this essay totals 4,905 hymns, found in successive hymnal editions of the following six mainline Protestant denominations: 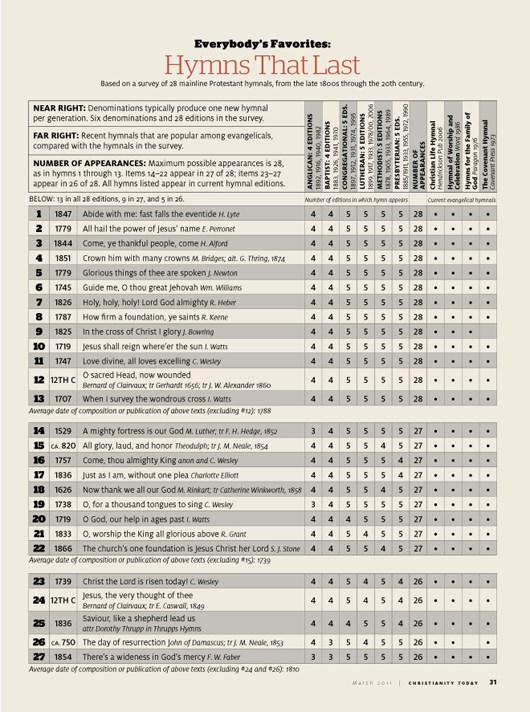