This story of forgiveness and redemption wins us over with its big heart and strong performances.
David Roark|September 9, 2011
Our Rating

Warrior, a new faith-based action drama by writer-director Gavin O'Connor, has so much working against it. From a contrived storyline, to a 140-minute runtime, to the fact that, well, a fighting movie about two brothers already came out last year, the film seems destined for failure. That said, despite some missteps, the film's strong performances, sharp humor, and big heart—not to mention several compelling action sequences—make it no masterpiece but one of the most surprising movie feats of the year.

The opening scene hints at this potential. Featuring a track by Brooklyn rock band The National and some restrained camerawork, the slow, careful dialogue between a father and son suggests a sincere, character-driven picture that goes beyond typical sports fare. And while the film has its share of sports-movie clichés and entertaining bouts in the ring, it holds up outside the ring too.

Starring Tom Hardy, Joel Edgerton, and Nick Nolte, the story centers on Sparta, a mixed martial arts tournament in Atlantic City, but it's really concerned with the men fighting in it. After disappearing for over a decade, Tommy (Hardy), a cold-hearted marine, shows back up in the life of his father, Paddy (Nolte). Tommy doesn't want to reconcile with Paddy, who destroyed his family with alcohol addiction but has since found God and sobriety. Instead, Tommy needs a trainer, and he makes his intentions clear: He has no need for his father and, thus, no desire to make things better between them.

His brother, Brendan (Edgerton), feels the same way. Though on the outside a well-rounded family man and beloved high school physics teacher, deep down he resents his father. In an early scene where Paddy shows up at his house trying to ... 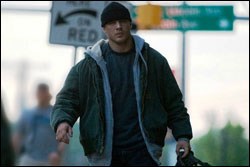