She left Christian music a decade ago, frustrated with the industry. Now she's back on a CCM label. Here's why.
Mark Moring|March 13, 2012

A decade ago, Sarah Macintosh essentially ran away from the Christian music industry, putting as much distance between herself and Nashville as possible—fleeing all the way to California. Her band, Chasing Furies, had been with Sparrow Records, and despite critical acclaim, they never took off. Discouraged and confused, she asked Sparrow to release her from their contract, and the label graciously agreed.

Fast forward to the present—or, more precisely, the Current, the title of the new album that Macintosh releases today. And now, catch the irony: She's back in Nashville, and even back on a CCM label—this time, Integrity Music, known for their worship catalogue. Macintosh is the first to grasp the irony: "It's crazy, isn't it?"

We recently chatted with Macintosh, 35, about her journey—what got her from here to there and back again, as Bilbo Baggins might have said—her new album, and some of the inspiration behind it.

When Chasing Furies didn't pan out, that must have been frustrating.

Yeah. When we signed with Sparrow, we didn't know anything about the Christian music industry, so it never even entered our minds that we might not be accepted. I thought as long as you were a Christian, it would totally just be accepted. But after a few months in, we could tell that it wasn't going well. It was hard work, on the road over 250 days out of the year, working and touring and trying to get some kind of traction.

So what happened next?

I was confused, a bit sad and maybe a bit disillusioned. I sat down with [Sparrow chief] Peter York and said, "I feel like I don't belong in Christian music. Would you allow me to leave Sparrow?" And he totally understood. Sparrow was kind of reeling at the time, because they ... 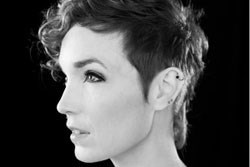