Why on earth do we keep putting ourselves through this?
Alissa Wilkinson|June 26, 2013
Image: Jaap Buitendijk / Paramount Pictures 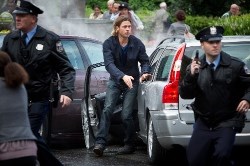