It doesn’t quite have the same ring as Father Christmas, but it’s an equal descriptor of St. Nicholas. We associate ol’ St. Nick with tinsel and chimneys, not money-lending and neon signs. We imagine him giving gold coins to hungry families, rather than purchasing gold at a fraction of its worth.

Yet St. Nicholas holds an unlikely affiliation with montes pietatis, the 14th century precursor to the modern-day pawn shop industry. At these early pawn shops, people in poverty met caring friars, there to help the poor get back on their feet. The shops were an outlet for Christian charity and Christmas generosity—hardly the kind of seedy business we think of today.

In the Middle Ages, montes pietatius were charities similar to urban food banks. They provided low-interest loans to poor families, ensuring there was enough food on the table. Started by the Franciscans, who opened more than 150 of them, montes pietatius became widespread throughout Europe. In 1514, even Pope Julius II gave an edict endorsing these institutions, which had become the lifeblood of poor European peasants.

Dotting rundown strip malls, often in rough sections of town, pawn shops symbolize desperation rather than generosity. These are places of last resort for people fraught for cash. Unlike ... 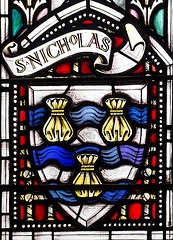