Our exclusive interview with the star and director of the hotly-anticipated Sundance feature.
Alissa Wilkinson|January 13, 2015
Image: Francois Duhamel
Ewan McGregor and Tye Sheridan in 'Last Days in the Desert'

"I cringe a little bit when I think 'Bible movie,'" says Rodrigo Garcia, with a smile.

The writer/director is talking about Last Days in the Desert, his new film premiering at Sundance next week, which stars Ewan McGregor as Jesus and Satan. Garcia isn't against Biblical epics, but that isn't what he's made—no eye-popping effects, no epic battles, no lines lifted from Bible passages. Instead, Last Days is a character-driven meditation on family and mortality, haunting and spare.

On a cold December weekend in New York City, I'm meeting Garcia over breakfast and coffee to talk about how you make a movie about fathers and sons in which the main character also happens to be the most famous son of all time: Yeshua, as the film calls him.

“I wrote a few pages in which I called him Jesus,” Garcia explains. “But when you're writing a screenplay and it says ‘Jesus walks, Jesus says,’ after a while, the weight of the name is paralyzing.”

As Garcia reminds me, in his native Spanish, Jesus is a common name. “But in English, it has big connotations”—nobody in the English-speaking world names their kid Jesus. "Once I decided I'm going to call him Yeshua, it liberated me."

Garcia is not a devout Christian, but he grew up in Catholic Colombia, “so I am as well-versed as the average Catholic person is on the circumstances of Jesus. Even as a child, I never felt a strong religious impulse, but I was always fascinated by him.”

The son of Gabriel Garcia Marquez, the Nobel Prize-winning author of One Hundred Years of Solitude and Love in the Time of Cholera, Garcia grew up around writers and artists. His ... 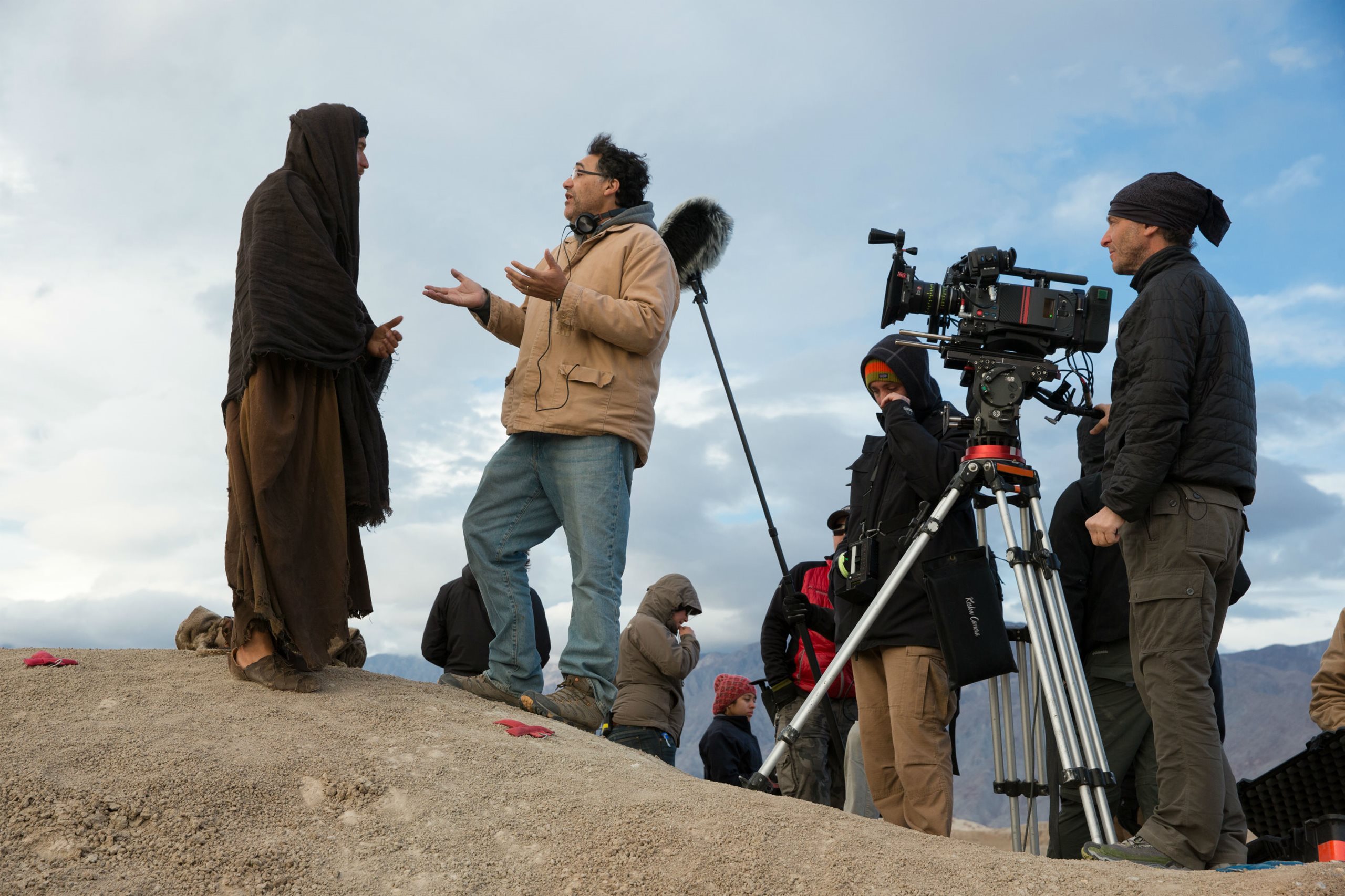