In the seventh episode, the historical fiction overwhelms the text.
Peter Chattaway|May 19, 2015
Image: NBC
Peter and Philip hiding from Saul's men in 'A.D. The Bible Continues'

A.D. The Bible Continues has been walking a fine line from its very first episode, balancing its adaptation of the book of Acts with fictitious subplots that are based very loosely on secular history. But the seventh episode just might be the first one in which the fictitious storyline overwhelms the biblical material; there is so little to work with here that it's hard to imagine anyone basing a Bible study on this installment. And to make matters worse, the historical fiction is utter bunk.

The central storyline in this episode is the arrival of the emperor Tiberius and his nephew Caligula in Jerusalem. To say this whole subplot is preposterous would be an understatement; the historical Tiberius spent most of the last decade or so of his life living on the island of Capri, off the coast of Italy, and he could barely be motivated to visit the Italian mainland, much less any of the Roman empire's more distant territories.

What's more, even if Tiberius was inclined to visit Pontius Pilate in person, it is doubtful that he would have made the trip inland, through hostile territory, towards Jerusalem; it would have made more sense to do business in Caesarea, the administrative centre on the Mediterranean coast.

The episode actually hints at all these things, however inadvertently: Tiberius tells Pilate Judea is a "minor province," which makes you wonder why he thought it worthy of a personal visit in the first place, especially if he is thinking ...

Alissa Wilkinson is Christianity Today's chief film critic and assistant professor of English and humanities at The King's College in New York City. She lives in Brooklyn.
Previous Watch This Way Columns:
Tags:
Television
Posted:
May 19, 2015
More From: Peter Chattaway 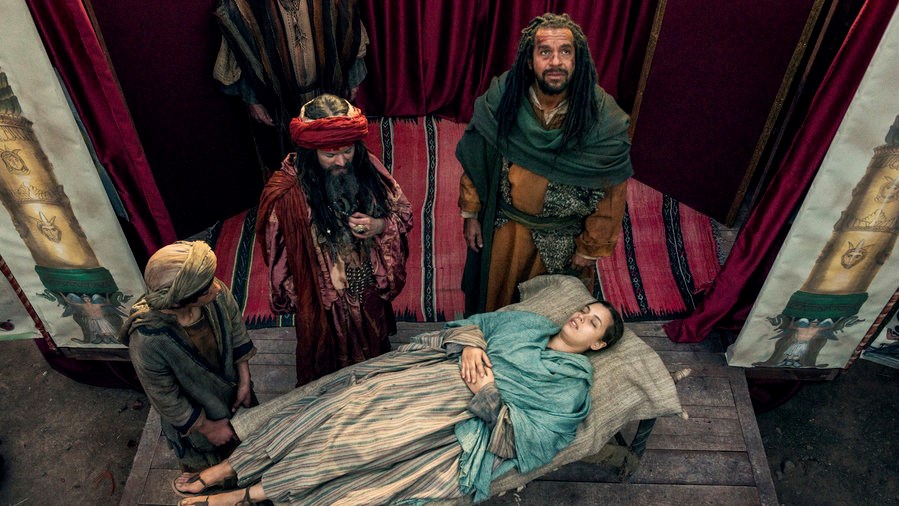