Bring tissues: anchored by outstanding performances, this story of a mother and son is uncommonly moving.
Alissa Wilkinson|October 14, 2015
Image: A24
Jacob Tremblay and Brie Larson in 'Room'
Our Rating

The first shots of Room are close-ups, so tight that that it's hard to make out what we're seeing in the quick shots on screen. A finger, maybe. The side of a toy. The light is muted and there's breathing, then the soft voices of a woman and a small boy. This could be an intimate family scene, set anywhere in the world.

But this is emphatically not anywhere in the world: it is Room, and the voices are from Ma (Brie Larson) and Jack (Jacob Tremblay). Today is Jack's fifth birthday. He has never been outside of Room; he and his mother have been imprisoned here by Old Nick since before he was born. Young but determined to make a world for her son, Ma has managed to raise him as healthy and happy as he can possibly be, under the circumstances, spinning tales of the world beyond Room, teaching him to read, inventing games and occupations.

Emma Donaghue scripted Room based on her celebrated 2010 novel, and as directed by Lenny Abrahamson (Frank), it's one of the best films of the year. The screenplay treads as lightly as it possibly can given the subject matter—largely because the story is narrated by and viewed primarily through Jack's eyes. Everything is a marvel to him, from Skylight and Sink and Mouse to his imaginary puppy Lucky.

We see Ma's—Joy's—physical and psychological struggles through his eyes, which keeps the film from straying into an exploitation flick. The depraved elements are almost entirely off-screen, existing mostly in our imaginations, and we also fill in many of the story's details. Jack, just a child, doesn't have the capacity to imagine these things.

And this is important, because it is a story about a woman kidnapped and held in captivity ... 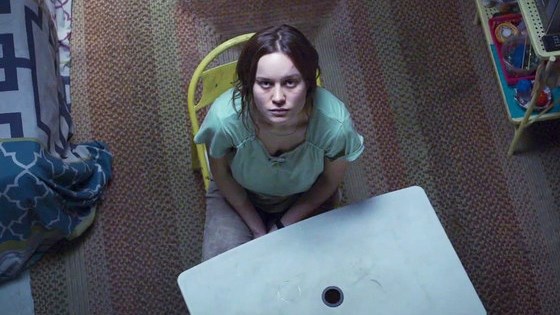