Everyone's favorite forgetful fish is back - in a quietly subversive tale.
Alissa Wilkinson|June 14, 2016

Pixar historically does well by their sequels, defying most of Hollywood: the Toy Story franchise actually got better as it went along, and Monsters University was a fun, imaginative romp as well. (Cars 2 had the misfortune of being a sequel to Cars.) And yet it was anyone's guess if Finding Dory would be good—or even could be good. Its predecessor, released 13 years ago, told the story of a father on a journey across the ocean to find his lost son. But wouldn't repeating that formula feel a bit . . . formulaic?

Nope. Finding Dory, directed by Andrew Stanton (Finding Nemo, Wall-E, Toy Story) is flat-out terrific, even a little subversive. It's hardly a spoiler to say that this movie is about how Dory was lost, and how she gets found, and by whom. It's not even necessary to give the rest away, but it means we get some adorable scenes from Dory's young fish-hood. (Side note: this movie has noted our collective obsession with cute baby animals and milks it for all it's worth, to great effect.)

Marlin and Nemo are back in a more minor role, as are some of your favorites from the first film—Crush and Squirt, Mr. Ray, a host of little creatures—but in this installment we get a bunch of new characters and zany adventures: one, a daft bird, flies Marlin and Nemo around in a bucket; a pair of impaired whales and a couple of lethargic sea lions form comic teams par excellence; and the best one, a grumpy octopus named Hank (voiced perfectly by Modern Family's Ed O'Neill), winds up driving a truck at one point.

But probably the best thing about Finding Dory is that it delicately explores the challenges of raising—or being—a child with special needs. Dory's short-term memory ... 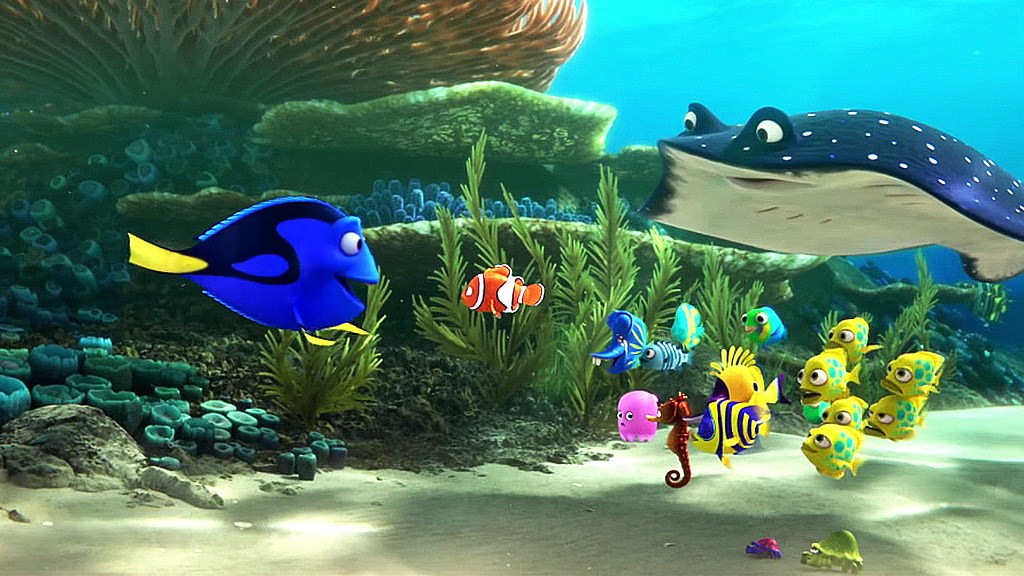