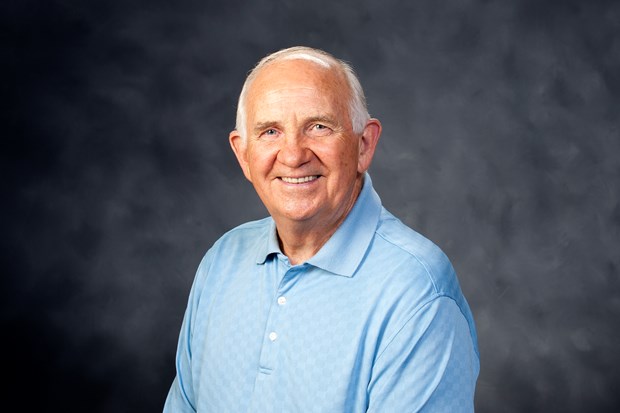 “We are strong, beautiful women who were once adorable, innocent little girls,” noted Ketcham’s victims on Mother’s Day via their “Bangladesh MKs Speak” Facebook group. “[After seeing the report], we were again faced with ugly, hurtful details regarding our stories. This has been an incredibly difficult, painful, emotional week. BUT! Today [Mother’s Day] we remember and focus on the fact that though hurt, we are still strong, beautiful women, now mothers and grandmothers, that have dozens of reasons to focus on joy and gratitude.”

On Tuesday, moderators of the MK group’s blog sent CT their response to the ABWE report:

We are processing these 280 pages that cover events from the 1960s through the present on both an emotional as well as practical level, and ask for your patience and prayers at this time. The victims who received the report (not all have received it yet) have had it for eight days, which have been a roller coaster of emotions and tears for many of us, in part because it truly seemed this chapter of our story might never be written. This was a long, long time coming. Ketcham’s victims are grown women now—some are mothers, some are even grandmothers—and the wait for ABWE to act has been decades long.

The report’s release is the latest chapter in the burgeoning twin movements of “missionary kids" (MKs) becoming more proactive in standing up for victims, and missions agencies taking abuse prevention more seriously.

Revelations of sexual abuse of MKs in the field have primarily come from boarding schools, most notably New Tribes Mission’s Fanda Missionary School in Senegal and the Christian and Missionary Alliance’s Mamou Alliance Academy in Guinea. (Compassion International’s past president Wess Stafford shared his survival story in a 2010 CT cover story.)

Such schooling arrangements are increasingly rare. By contrast, Ketcham’s abuse occurred in a mission compound among MKs who lived with their families.

The trouble began even before Ketcham entered the mission field in 1961; his behavior was sexually inappropriate as early as high school, when he admitted to “heavy petting” with an unknown number of girls, according to the Pii report. During medical school, he had an extramarital affair. During his medical internship, he had another. During residency, a third.

Ketcham was sent with his wife to the brand-new Memorial Christian Hospital (MCH), built on the edge of the jungle in Malumghat, Bangladesh. He helped to get the fledgling mission hospital off the ground. Aided by a “charismatic personality,” he “wielded tremendous influence in the organization among the national population, his missionary peers, and the leadership of ABWE,” according to the Pii report. 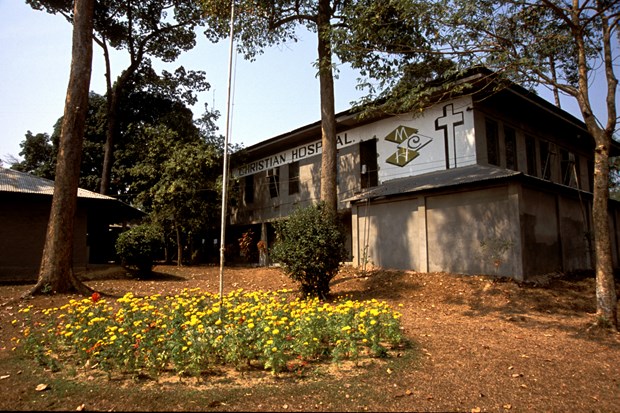 The first red flag that ABWE staff saw was Ketcham’s “inappropriate sexual humor and overflirtatiousness,” which led to the first of several extramarital affairs with single ABWE missionaries who were stationed with him in Bangladesh.

Ketcham’s colleagues reported his flirting and affair to their superiors in 1973, and the Bangladesh Field Council sent ABWE's home office a letter listing 19 points of concern about his behavior. They said they didn’t want him to return unless he completed counseling.

So ABWE's then-president Wendell Kempton had two telephone conversations and one in-person talk with Ketcham about his behavior, then sent him back to the field. The single missionary woman with whom he had the affair was not allowed to return.

After returning to the field, Ketcham seemed to be on his “best behavior,” fellow missionaries reported.

But “the medical records and testimony from the victims indicate that this was the peak period of Donn Ketcham’s sexual abuse of young girls under the guise of medical care,” according to the Pii report.

Ketcham examined minors without a nurse or parent present, conducted unnecessary pelvic exams of young girls, and measured the breast development of girls as young as nine.

One missionary mom recalled that Ketcham’s breast exams of her teen daughters seemed “to go on and on,” while several victims experienced losing large chunks of time when they were with Ketcham. They wonder if they were drugged. (The report suggests Ketamine, a disassociative anesthetic often used at MCH.)

Nine years later, in 1984, Ketcham had another affair—this time with a missionary nurse. She was sent home; he was transferred for a year to another ABWE location in Bangladesh. Although he was banned from practicing medicine at MCH, he often returned to fill in. (The hospital handled about 800 surgeries a year at that time.)

Ketcham returned to the United States for furlough, attended 17 of the required 30 counseling sessions ABWE assigned him to, and was cleared again to return to the field. Kempton and other leaders called the affair “an incident of indiscretion.” 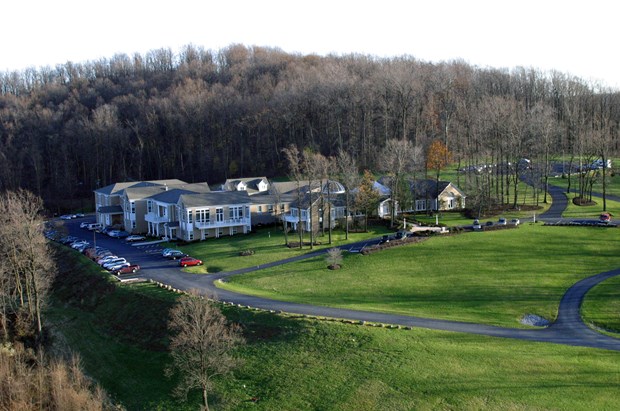 Back in Bangladesh, Ketcham began tutoring the 13-year-old daughter of a fellow missionary couple. But in addition to math, he taught her how to French kiss and how to stimulate her body and his. (There were no allegations of intercourse. But counselor Russell Lloyd, who worked with both Ketcham and the girl, wrote it was “highly probable” but the girl “is afraid to say so,” according to the Pii report.)

Over roughly six months, Ketcham met the girl privately at least 10 times in his office, in hospital exam rooms, and in his home. In July 1989, she reported the abuse to her pastor.

This prompted ABWE to dismiss Ketcham. But first, it “strongly encouraged” the girl to sign a confession, without her parents’ knowledge, that she “participated in a physical relationship with Dr. Don [sic] that transgressed God’s Word and was not pleasing to him.”

I have not wanted to hurt anyone in doing this or in confessing it, but I know what I did was very wrong, and I am very sorry for it. I have asked God’s forgiveness, and I know he has forgiven me. I pray he will help me and others through this time, and that I will become the person God wants me to be.

After ignoring the warnings signs about Ketcham (which, according to ABWE's policies, could have resulted in his termination in 1974), ABWE compounded its error by questioning the girl extensively over two days to confirm her story and encouraging her to “confess,” according to the Pii report.

Other errors, according to Pii investigators, included ABWE’s choice to mask the reason for Ketcham’s dismissal under the general term immorality; when he returned to his home church, he was allowed to teach Sunday school. ABWE also didn’t report Ketcham to legal authorities in Bangladesh or in the United States; he continued to practice medicine in Grand Rapids, Michigan, until 2012.

ABWE made another mistake by neglecting to look for any other victims, Pii investigators concluded. In 2002, seven adult women came forward, alleging abuse. (Eventually, Pii was able to corroborate the abuse of 5 adult and 18 child victims, not including Ketcham’s extramarital affairs.) ABWE’s then-president Michael Loftis promised to look into it, and started a nine-year investigation that didn’t ask victims for their testimony and was never completed.

Frustrated, the victims started a blog in March 2011. Two months later, ABWE announced it had hired GRACE (Godly Response to Abuse in the Christian Environment). The next month, the ABWE board terminated Loftis. (Kempton later lost the honor of having a Bible college facility named after him.)

In February 2012, Ketcham surrendered his license to practice medicine.

In February 2013, after two years of investigation, ABWE fired GRACE, alleging “a myriad of investigative flaws.” Pii was hired as a replacement, a move that alarmed victims.

“Approximately 7 percent of the alleged victims and former ABWE missionaries declined to interview with Pii,” the report stated. “In some cases, those that would not speak to Pii conveyed a lack of trust due to ABWE’s early termination of the GRACE investigation and stated beliefs that Pii was not fully independent from ABWE.”

In turn, GRACE charged ABWE with “repeated objections to providing requested documents” and “failing to provide GRACE with access to crucial witnesses.”

Pii stated that it was “plagued by the same behaviors.”

ABWE’s legal coordinator Nancy Anderson lied about and hid the existence of hundreds of documents pertaining to Ketcham at the direction of ABWE attorney Robert Showers, according to the Pii report. After Showers was removed in 2014, Pii investigators were able to access more than 7,000 additional pages of evidence.

Removing Showers wasn’t the only thing ABWE did right, according to the Pii report.

The missions agency has paid for counseling for some of the victims, issued a formal public apology, removed anyone who obstructed the investigation, and changed its policies.

“The best thing we’ve done from a child protection standpoint is we’ve sought the advice and protection of child protection agencies,” Cockrell told CT. Those agencies “provide a mechanism whereby if such an abuse should take place again—and no one can guarantee that it won’t—we have now the systems in place that we can identify [abusers] quickly and rapidly and deal with them.”

ABWE has worked to create a transparent culture and a policy that “will not accept even a hint of a mistake when it comes to child abuse.”

Instead of dealing with whispers of abuse “in house”—in the family-like environment on the field—allegations are to be immediately reported to the home office, he said.

Policies aren’t much good without the right personnel to enforce them, which ABWE believes are now in place. “There was inadequate training taking place in those days for those who were responsible, and the investigation revealed there were people who knew about the abuse,” Cockrell told CT. “They did not follow up on the abuse, and that is totally unacceptable today.”

The Pii report exposed “how much harm and damage was done to the victims,” said Cockrell.

“Our greatest is concern is that we do everything we can to assist and help victims at this stage,” he said. “It is our hope that God will allow us to fix some things.”

[Editor’s note: This story has been updated with the official response by Bangladesh MKs Speak.]