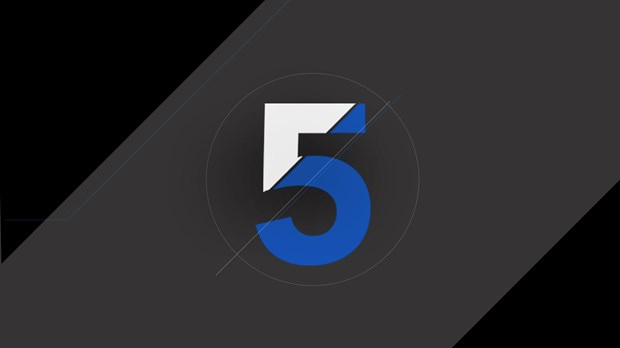 “America is one of the fastest-growing mission fields in the world.”

Let these sobering words sink deeply into your heart. Don’t read through it too fast; slow down and let it bother you. Nearly one-in-five American adults have no religious affiliation, according to the Pew Research Center.

Do you remember what it was like not to know the love of Jesus? I remember the insecurity, fear, hopelessness, and selfishness. I don’t want anyone to live as I lived before I met Jesus. How about you?

I don’t want anyone to live as I lived before I met Jesus. How about you?

We need more church planters to reach the vast mission field that is America. Here are five essentials every church planter needs:

The God we worship obliterates all categories. The scope of God’s power is limitless. His love is unending and better than life, he’s never had a teacher for he alone is knowledge, and his grace is more than sufficient.

Church planters must have a vision rooted in God’s character and in God’s redemptive purposes. Local churches that are built upon the Great Commandment and the Great Commission reveal God’s saving plan for humanity (see Matthew 22:37–40, Matthew 28:18–20).

2. A Godly team of shepherds

Teamwork makes the dream work. As I have read and pondered the apostle Paul’s letters, I have realized clearly that he had remarkable teammates that partnered with him in planting multiethnic churches throughout the first century Greco-Roman world (see Romans 16:3–16).

Specifically, you want to look for team members that reflect the 5C’s:

A church planter needs to have a broken heart for a community of people. When you daydream, you see an area and a people that the Spirit of God is working powerfully through you to reach and transform. The church planter spends time in the area that God has called them to shepherd; he or she learns the narratives of that particular community––its hurts, its joys, and its rhythms. They become your people. When I say an area or a people, I am not using those words to refer to an affinity group or a “homogenous unit.” This is as an important point as you will see in my next essential for church planters—a strategy to reach across cultural lines wherever possible.

4. A strategy to have a cross-cultural, multiethnic church

All New Testament local churches were multiethnic. The apostle Paul was committed to planting churches made up of Jews and Gentiles, or the rest of humanity that were not ethnically Jewish. Throughout the New Testament, Paul writes letter after letter to churches he has planted where former enemies now share fellowship and reconciliation. It was God’s heart. In addition, have you looked around recently? America is increasingly multiethnic, and it will take churches with a strategy to reach their diverse communities to effectively reach this vast opportunity for Christ. In my forthcoming book, The High Definition Leader: Building Multiethnic Churches in a Multiethnic World, I will explore deeply Paul’s heart for multiethnic churches made up of Jews and Gentiles and what this means for us in the ministry today.

5. A heart filled with faith

If Jesus had told me how hard it would be to plant Transformation Church, I would not have even attempted to do it. Sometimes you feel like God has hidden his face. Sometimes you feel betrayed when people who joined you on the launch team leave when things get tough. Sometimes the spiritual warfare is overwhelming. And sometimes, God gives you a glimpse of what he is going to do, if only you’d trust him.

Despite the emotional and physical battering and shattering, I would do it all over again because of the man that I’m becoming. I’m thankful God has moved in epic ways at Transformation Church, but his greatest work has been in my life. I’m learning that it is not about what Jesus has accomplished through me, it’s about who he’s transforming me to be.

Now, go. Go plant some churches and be the answer to someone’s prayers. We recently celebrated the fifth anniversary of Transformation Church. I hope this video might encourage you as you dream of your own local church five years from now.