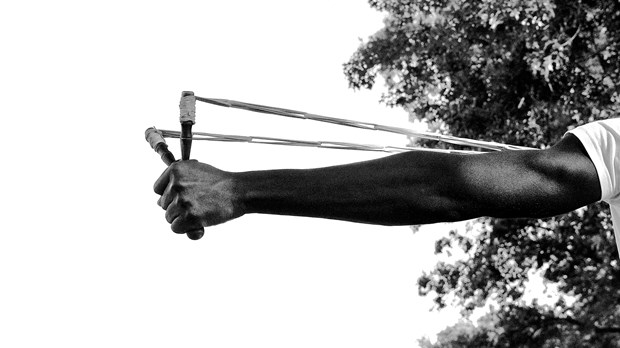 “Your time is limited. Don’t waste it trying to live someone else’s life,” said the iconic Steve Jobs in a 1995 commencement address at Stanford University. These words call forth a sense of urgency. God wants us to spend our lives being who he has created us to be as he conforms us into the image of his son Jesus. God is on mission to form us into the unique people he has called us to be. There is only one person in the universe that can be you—you. Besides, everyone else is already taken.

Overcoming the Temptation to be Someone Else

King David in the Bible is a great example of someone who did not allow the temptation to become another person overcome him. In 1 Samuel 17, before he ever sits on the throne as king, David is a teenaged shepherd boy on his way to see his brothers at battle against the Philistines. While at the camp, he hears the Philistine giant Goliath defiling the name of the one true God of Israel. David notices that the men of Israel are paralyzed with fear. They wouldn’t take action, so David does.

David tells King Saul that he will fight the Philistine giant. Saul tells him the giant is a seasoned veteran of many battles and that he is just a boy: “You are not able to go out against this Philistine and fight him; you are only a young man, and he has been a warrior from his youth” (1 Sam. 17:33). Then David explains, that he’s learned to protect his father’s sheep from lions and bears with his sling shot and staff. Saul agrees to let David fight but then he immediately offers his armor to David. The armor does not fit because it was designed for King Saul, not David.

David defeated the giant long before he ever fought him face-to-face.

Let the Holy Spirit develop your “sling shot” so you can bring glory to God through your life. So you can say as David said, “I come against you in the name of the Lord Almighty” (1 Sam. 17:45), not “I come in the name of some other person I’m trying to be like.”

Pastor, it’s great to learn from other pastors, and even to admire the gifting God the Holy Spirit has blessed them with. But be you because no one else can. Preach like you, lead like you, strategize like you, and serve people like you. In the midst of you being you, the Lord Jesus will draw you deeper into his love and the unique calling he has on your life.

Don’t Waste Your Life Trying to Live Someone Else’s

Don’t Waste Your Life Trying to Live Someone Else’s