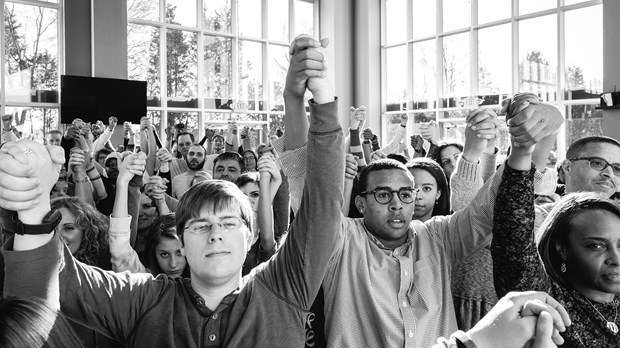 The last words of someone are important, especially if that someone is the eternal Son, the second person of the triune God. Before Jesus ascended to heaven so he could function as his people’s great high priest, he commissioned and commanded his twelve Jewish disciples to be his “witnesses in Jerusalem and in all Judea and Samaria, and to the end of the earth” (Acts 1:8). These early Jewish believers disobeyed Jesus and his Great Commission by staying in Jerusalem among Jews. They had a bad case of ethnocentrism, believing that the God of Abraham, Isaac, and Jacob was only for the Jews because God had given them the Law and circumcision as a badge of God’s covenant. They forgot that as Jews they existed to be a light to the Gentiles.

God used Saul and other enemies of the Church to free it from the sin of not reaching the Gentiles and move it toward becoming multiethnic:

“And Saul approved of his execution. And there arose on that day a great persecution against the church in Jerusalem, and they were all scattered throughout the regions of Judea and Samaria, except the apostles. Devout men buried Stephen and made great lamentation over him. But Saul was ravaging the church, and entering house after house, he dragged off men and women and committed them to prison” (Acts 8:1–3, ESV).

Because of the gospel, high-definition leaders bring unity and reconcile people. I love how God used the great church destroyer Saul to become the great multiethnic church planter.

Because of the gospel, high-definition leaders bring unity and reconcile people.

As Paul traveled on his mission to arrest Jesus’ disciples, he approached Damascus “breathing threats and murder against the disciples of the Lord.” (See Acts 9:1). But the Lord arrested him with grace. (See Acts 9:1–19; 22:3–16; 26:4–18). I find it interesting that the name Damascus means “a sack full of blood.” Paul would go on to preach how the blood of Jesus not only washes people’s sins away, but that Jesus’ blood also creates a new humanity by reconciling and unifying Jews and Gentiles. Paul preached about Jesus’ precious and beautiful blood and how it joined those who are “far”—that’s the Gentiles—and those are “near”—that’s the Jews—into a new humanity and new community called the church: “But now in Christ Jesus you who once were far away have been brought near by the blood of Christ” (Eph 2:13, NIV).

Before King Jesus was born on earth, there were two groups of humanity: Jews and Gentiles (non-Jews). After Jesus’ resurrection, a third ethnicity was supernaturally born—the multicolored, multiethnic church. The Church is not a weekend destination, but a blood-bought, multicolored people.

As a result of Paul’s encounter with the risen Lord Jesus, he would eventually give his life as a martyr, or, as scholar N.T. Wright says, so that “cross-culturally united worship” in the local church could be a reality and a foretaste of God’s eternal kingdom. In a world saturated with hate, racism, and division, God brought peace in the person of Jesus, and his peace is so beautiful that Jews and Gentiles, former enemies, would become a family and be a living example of God invading the world with peace. The ethnic unity of God’s Church is a sign to the world that his kingdom has broken through the darkness.

High-Definition Leaders realize that the ethnic unity of God’s Church is a sign to the world that his kingdom has broken through the darkness, establishing peace between enemies.

This post is excerpted from my upcoming book: The High-Definition Leader: Building Multiethnic Churches in a Multiethnic World. You can pre-order it at a discount here.