Warner Brothers sure likes its Greek myths and legends. After making a buck or two on Troy (2004) and 300 (2006), and after putting the gears in motion for their upcoming remake of Clash of the Titans, the studio has now acquired Odysseus, a spec script that would seem to be based on Homer's epic poem The Odyssey.

It may not be quite what you'd expect, though. While Odysseus is best known for the ten years he spent wandering around the Mediterranean on his way home from the Trojan War, it sounds like the movie may skip all that and focus on the second half of Homer's epic, which takes place after Odysseus has arrived incognito on his home island of Ithaca. The Hollywood Reporter reports:

The story centers on the legendary hero Odysseus, famed king of Ithaca, who returns to his island after 20 years of fighting the Trojan Wars, only to find his kingdom under the brutal occupation of an invading force. Odysseus single-handedly defeats every last man and takes back his wife, his son and his ... 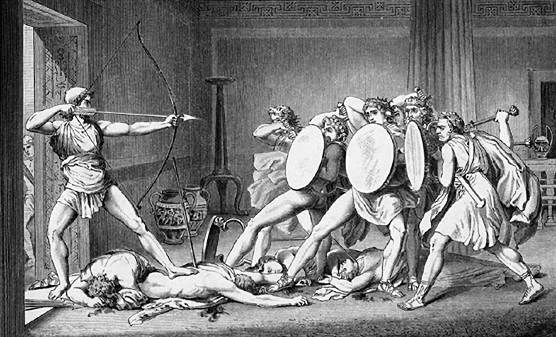