Jenkins Entertainment recently finished shooting for its next film What If..., starring Kevin Sorbo (Hercules) and John Ratzenberger (Cliff Clavin on Cheers).

According to a press release, the movie, the sixth film from the father/son duo of Jerry and Dallas Jenkins, "tells the story of Ben Walker (Sorbo) who 15 years ago left the love of his life . . . and ignored his ministry calling in order to pursue a business opportunity. Now, as a high-powered investment banker with a trophy fiancée, he has little or no interest in faith or building a family.

"But . . . Ben is visited by a mysterious (divine, perhaps?) tow truck driver (Ratzenberger) who knocks Ben into an alternative reality – the life he should have had. Ben awakens on a Sunday with his wife Wendy and two daughters getting ready for church, where Ben is scheduled to give his first sermon as the new pastor. If Ben wants to escape this What If... scenario, he must first learn the value of faith and family." 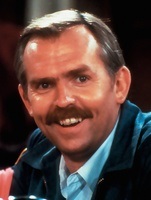