Peter reported earlier this week that The Chronicles of Narnia: The Voyage Dawn of Treader film is currently undergoing much rewriting. Ironically, some TV viewers have noticed in recent weeks that this Narnia book may actually be getting a rewrite in a different way - on ABC's Lost.

C.S. Lewis' influence on Lost isn't anything new. After all, last year saw the addition of a character named Charlotte Staples Lewis (pictured). Her arrival on the island clearly rang of Prince Caspian. And when I wrote my recent Christianity Todayreview of the show, I was tempted to include my observations about the show's parallels to The Great Divorce (a group of characters visit heaven - symbolically in Lost, literally in Divorce - but cannot be happy there because of their stubborn and selfish attachment to selfish sins and thus rush back to hell.)

Only recently has the show begun to overtly connect its island to the magical, mythical land of Narnia. While some examples of this would be spoilers to those ... 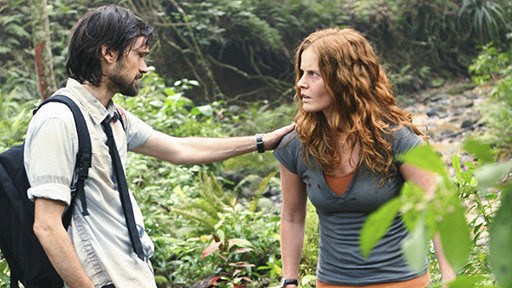