The Invention of Lying premieres at the Toronto International Film Festival next week, so now's as good a time as any to follow up my earlier post on that film.

As Mark noted in his newsletter last week, my earlier post was flooded with comments after Ricky Gervais, the star and co-writer-director of that film, linked to it from his own blog with the simple comment: "And so it starts..."

The "it" in question was, presumably, the "big controversy" that fellow co-writer-director Matthew Robinson hinted the film would cause in an interview with the MTV Movies Blog. My post was an attempt to track the clues, contained in interviews and official publicity materials, as to what that "big controversy" might be – and rather than spell everything out, I presented the clues and hoped the reader would be intrigued enough to put the pieces together for themselves.

And that was it. I didn't make any comment on the film itself, let alone pass any judgment on it, for the obvious reason that I have not seen ... 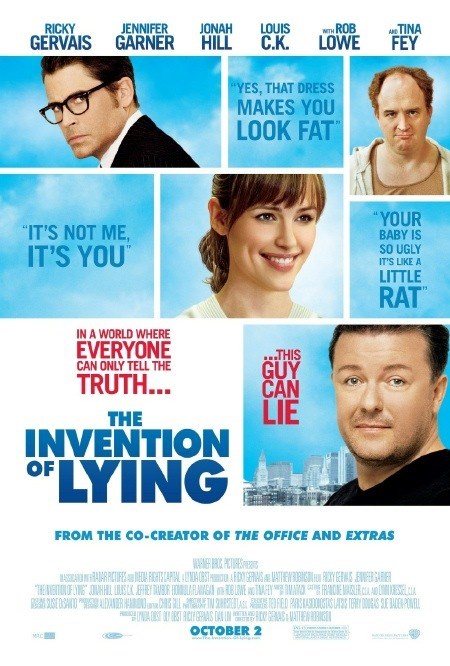