Hoo boy. His college football career is over, he didn't win a national championship, and he's not even in the NFL yet, But University of Florida quarterback Tim Tebow is still making big headlines.

Now it's about a controversial pro-life ad funded by Focus on the Family. Though the script and commercial have been kept under wraps, CBS has approved it – and pro-choice activists apparently don't like that decision. The ad apparently addresses Tebow's mother's decision to give birth to Tim when doctors had advised considering an abortion.

On The O'Reilly Factor last night, host Bill O'Reilly and guest Jehmu Greene of the Women's Media Center got into it:

O'REILLY: Are you offended that Tim Tebow's alive? . . . You can't be offended that Mrs. Tebow made the decision to give birth to Tim?

GREENE: I applaud the fact that she had Tim.

O'REILLY: Yeah, so let's celebrate it.

GREENE: And every American woman deserves that same choice.

O'REILLY: And they have it.

GREENE: And this ad, this organization is ... 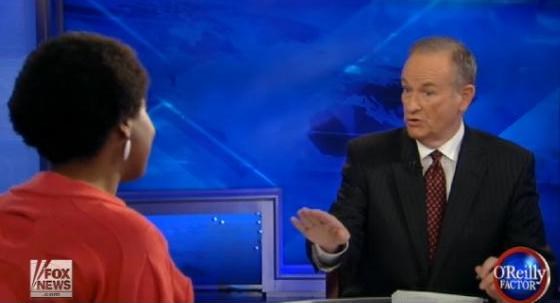