The Roman Catholic Church debates the merits of whether she even existed
June 25, 2010 01:07 PM

According to the UK's Telegraph, a new film based on the legend of Pope Joan – an Englishwoman who purportedly disguised herself as a man and rose to become the only female pontiff in history – has sparked debate in the Roman Catholic Church.

Peter Stanford, a former editor of the Catholic Herald and the author of The She-Pope: a quest for the truth behind the mystery of Pope Joan, said, "It's perfectly feasible that Joan existed. A monk's cowl is baggy and well suited to covering up a woman's body. We know that some women bound their breasts and cut their hair to pass themselves off as men." 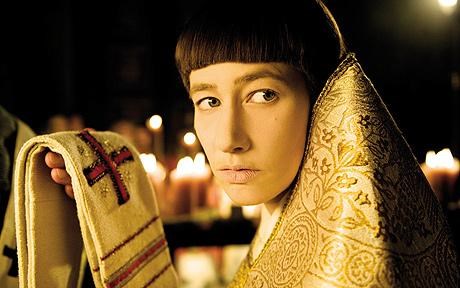