GOP front-runner Nikki Haley's conversion to Christianity from Sikhism is causing a stir in the primary race for governor of South Carolina.

CNN reports that her ties to the Sikh tradition have left some evangelicals in the state uneasy. She has said that she regularly attends a Methodist church but occasionally visits a Sikh temple in honor of her family.

Haley, who faces a runoff against her opponent on June 22, recently launched an ad with an appeal to her faith. "I am a woman that understands, through the Grace of God, with him all things are possible," she says at the end.

Gina Smith of The State reports that Haley's conversion came after her marriage.

Haley's campaign has said in recent weeks that, since her 1997 conversion to Christianity, she consistently has attended a Methodist church and occasionally attended Sikh services at her parents' request. Haley and one of her brothers converted to Christianity as adults; her parents and two other siblings are Sikhs.Haley's conversion at ... 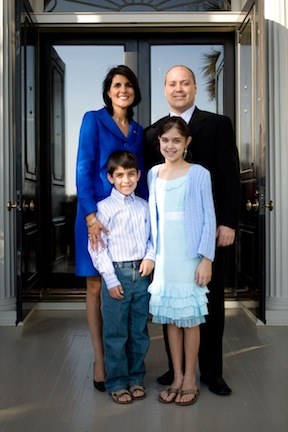