As anticipation builds for the Dec. 10 release of The Voyage of the Dawn Treader, the third film in the Chronicles of Narnia series, shoppers at malls across America can get a little taste of Aslan's world starting Friday, Nov. 12, with the grand opening of 16 "Narnia Ice Palaces."

Georgie Henley (who plays Lucy) and Will Poulter (Eustace) will give Narnia fans a look at the upcoming film with a live, streaming broadcast from LA's Beverly Center mall at 4 p.m. Eastern Time. The palaces will be available at 16 Taubman shopping centers nationwide from November 12 through December 24.

According to a press release from Fox and Taubman, the exhibits "feature a color changing 30-foot Ice Palace, encircled with a series of majestic arches and smaller globes that appear to be carved from ice. . . . [G]uests will encounter life-like figures portraying scenes from the film and movie footage integrated in an exciting video show. When visitors enter the Ice Palace's largest dome, they will be greeted ... 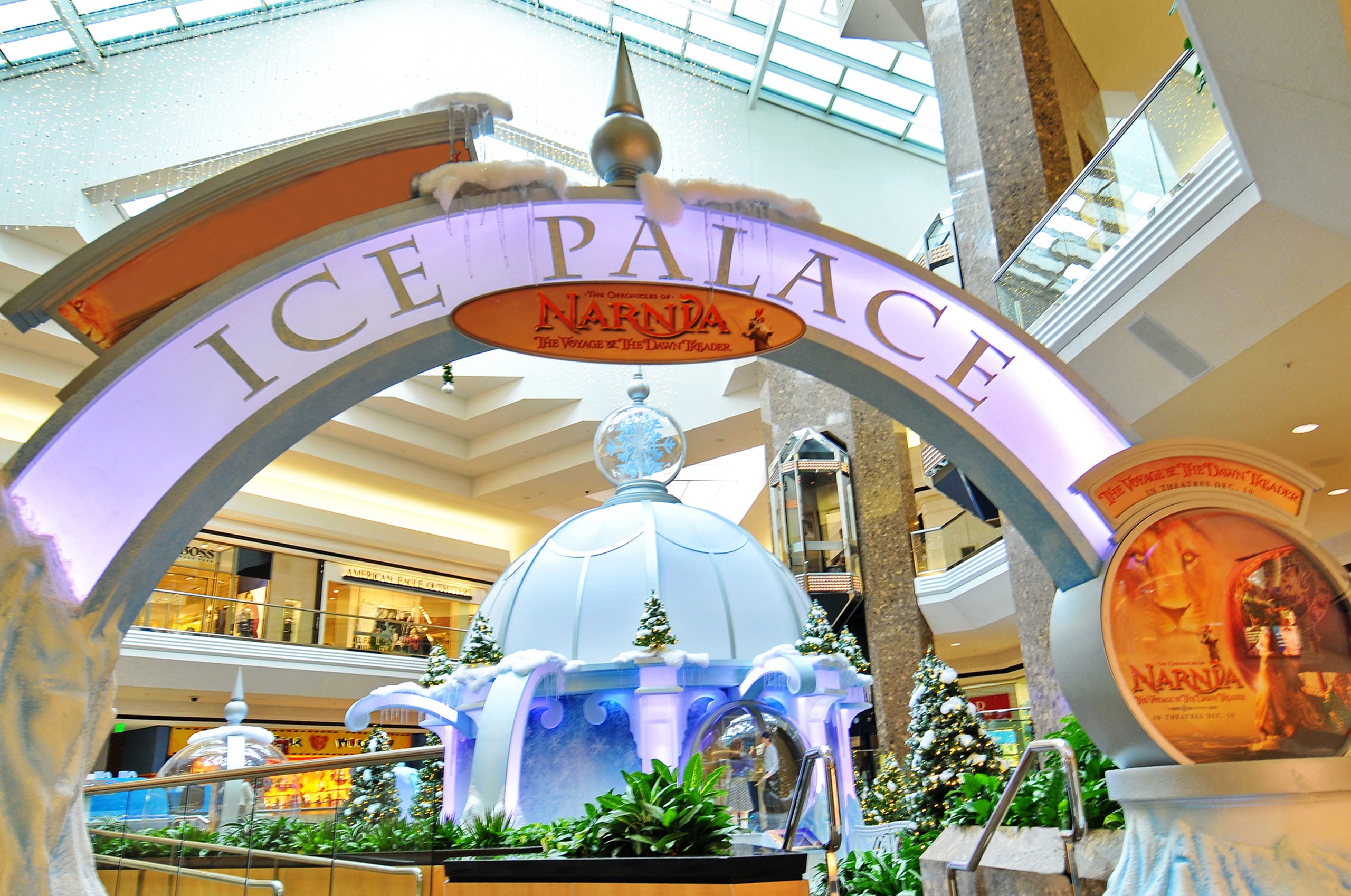