A few months ago, we ran a blog post titled, "Why Are Christian Movies So Bad?", prompted by a thought-provoking article of the same title over at Relevant magazine.

The title above this blog post is taken directly from a new essay by Andrew O'Hehir at Salon; the only difference, of course, is that "bad" has been replaced by "awful." Maybe it's just a matter of semantics, and to an extent, I agree with the writers of both essays. There are a lot of crummy Christian movies; ugh, I've certainly seen enough of them.

What I completely disagree with, however, when it comes to O'Hehir's article, is his "hook": He's jumped on Soul Surfer as an excuse to write his opinions, and for that, I think he's wrong. O'Hehir calls the film "a trite, sentimental puddle of sub-Hollywood mush, with mediocre photography, weak special effects and an utterly formulaic script. . . . [T]his one is pretty awful."

I don't think Soul Surfer is a great movie; I'm pretty sure it won't be considered for our Critics' Choice ... 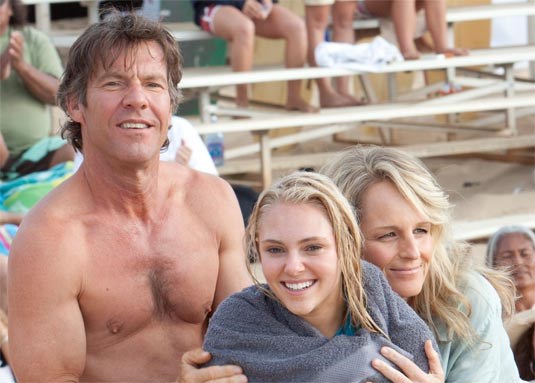