Those who agree strongly that â€œGod has a plan for all of usâ€ are least supportive of government programs that help those out of work.
Tobin Grant|September 20, 2011 11:23 AM

A new study by Baylor University finds that belief that God has a plan for your life leads to less support for government programs. The Baylor Religion Survey found that nearly three-quarters of Americans agree that "God has a plan for all of us." Those who agreed more strongly were more likely to see financial success as the result of hard work and ability. As a result, they were also least supportive of government programs that help those out of work. 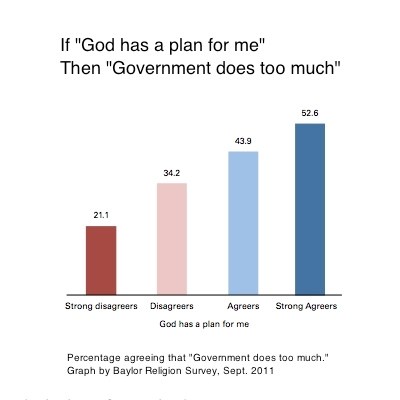