"Christian without being preachy," is how Louis Markos describes his desire for The Lion Awakes, an upcoming film based on the screenplay he co-wrote about the friendship between C. S. Lewis and J. R. R. Tolkien and Lewis's conversion to Christianity.

Markos told Christianity Today that his hopes to help create a "Christian crossover" film motivated him and his partners to form their own production company, Three Agree Films, in order to maintain as much control over the making of the film, while also working with investors to raise the funds needed for a commercially viable movie. Citing the recent success of Peter Jackson's Lord of the Rings trilogy, Walden Media's Narnia films, and The King's Speech (The Lion Awakes depicts Lewis's wartime radio broadcasts that formed the foundation for Mere Christianity), Markos is confident that interest in Lewis and Tolkien is sufficient to draw both Christian and non-Christian audiences to the film. 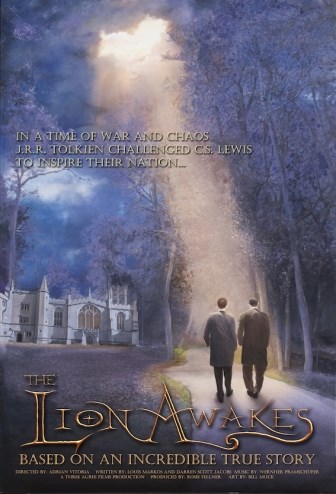