Romney received as many evangelical votes as Santorum, the candidate backed by many social conservatives.
Tobin Grant|January 21, 2012 11:20 PM

Newt Gingrich won the Republican presidential primary in South Carolina with the strong support of evangelicals. According to exit polls, two-thirds of voters described themselves as evangelical or born-again Christians, 44 percent of which voted Gingrich. Their support turned the first Southern primary from a close race to a runaway victory for Gingrich.

Gingrich found support from evangelicals despite efforts by evangelical leaders in the social conservative movement to rally behind Rick Santorum. Fearing that social conservatives might split their voting power, a group of 150 met last weekend in an attempt to coalesce behind a single candidate. Evangelicals in South Carolina did come together—just for a different candidate. In fact, only 21 percent of evangelicals backed Santorum, the same percentage that voted for Mitt Romney.

Family Research Council president Tony Perkins, who served as spokesman for the Texas gathering, said on MSNBC tonight that he did not expect those in the group ... 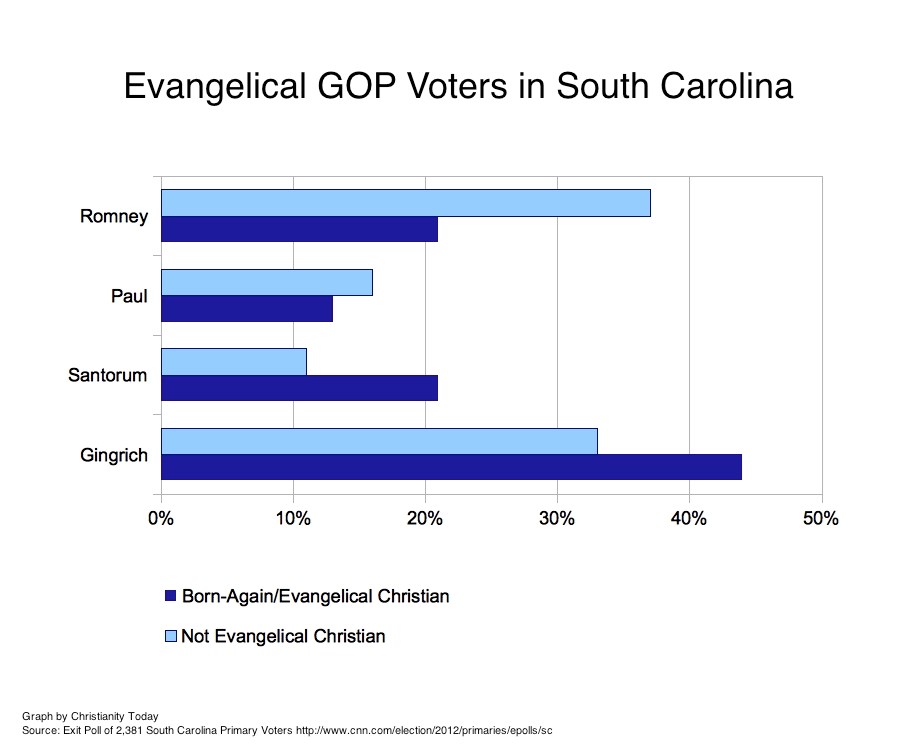