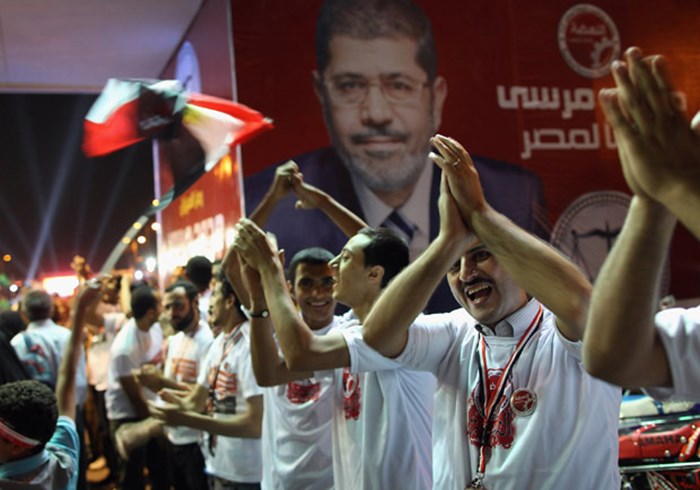 The first free election in Egypt's history has captured headlines worldwide with its unexpected runoff between a Mubarak regime figure and a Muslim Brotherhood leader.

Less known is that 17 Coptic evangelical leaders met with five Muslim Brotherhood counterparts at the Brotherhood's headquarters on February 28, and crafted a joint statement of common values, which both sides agree the new Egyptian constitution and government should uphold. Evangelicals comprise a minority of Egyptian Christians, almost 90 percent of whom are Coptic Orthodox.

The 10-point agreement touches on historically controversial issues, including citizenship, religious freedom, the construction and repair of churches, equality of opportunity, and the application of Shari'ah law.

Christianity Today probed these issues more deeply with representatives from both parties in order to create the explainer below.

Andrea Zaki is vice president of the Protestant Churches of Egypt and general director of the Coptic Evangelical Organization for Social Services.

Mahmoud Ghozlan is the official spokesman for the Muslim Brotherhood.

Yes, though it is more complicated than that. Article Two of the pre-revolutionary Egyptian constitution stipulated that Islam is the religion of the state and the principles of Islamic Shari'ah are the primary source for legislation.

Almost no Egyptians—liberal, Christian, or otherwise—call for the cancelation of this article. Debate surrounds the word "principles" rather than the more restrictive "rules," and whether or not the article should be amended to allow non-Muslims to rule on personal and family affairs according to their scriptures.

Zaki: "There is a major difference between the principles of Shari'ah and the rulings of Shari'ah. This is because there are differences in Shari'ah interpretation according to four judicial schools, some of which are very conservative while others are very open.

Ghozlan: "With the principles of Shari'ah we can extract that which most suitably applies to the circumstances of reality. In terms of rulings, there has been great debate among scholars over each and every issue—some of which are contradictory. If we use the term 'rulings,' we have to determine whose rulings to apply.

"What [Christians] are requesting [a special amendment for non-Muslims] is already guaranteed in the Shari'ah, but we have no objection to adding this clause if they insist upon it to make them more comfortable."

What about religious freedom, especially to evangelize and convert from Islam? Isn't this restricted under Shari'ah?

This section of the agreement is both encouragingly clear and elusively vague. "Respect for beliefs and sanctities is obligatory" is followed by "prevention of any contempt of others' belief or incitement of hatred is a compulsory social responsibility of loyal citizens." How much limitation does the word "contempt" impose on religious freedom?

Zaki: "Evangelism and changing one's faith is a very problematic area. I want the Westerner to understand that Muslims think of changing faith in the same way one thinks of changing gender—that is, it is never contemplated.

"[Muslims] often see freedom of religion to be the freedom of interpretation, guaranteed to all within their faith, and to hold that faith. This whole area is still under discussion between us. This is the first step toward recognition of the freedom to change your religion, but we did not go into that much detail."

Ghozlan: "We say one who speaks [contemptuously] against either a Muslim or a Christian must be held accountable and put before the law. If there is no judge to solve this issue, each person will take the issue by his own hands.

"It is not allowed for a Muslim to leave his religion. If on his own he desires this and does not publicize it or seek to sow strife, this is his own matter. But if it is a public or media matter, this will sow social strife. We must respect each other's religion and not seek to evangelize the other, so as to preserve security and social peace.

"I will not doubt the heart of anyone. If someone adopts Christianity, it is fine. But for him to go and promote his faith is forbidden. This will sow strife within society."

What about the right to build churches? Is this similarly vague?

No, but this does not necessarily mean all will be well. The agreement clearly supports the right to build and renovate religious buildings "in light of the law." The problem throughout Egypt is that the law is inconsistently applied. Church building has needed the approval of state security, which took the local reaction of Muslims into consideration. Will this be the same under the new Islamist administration?

Ghozlan: "I have said from the beginning that if you need a church, come get a license and build it. If you have problems, we'll protect you and convince those around you that this is your right."

But doesn't Shari'ah treat Christians as second-class citizens? Can there be equality between them?

In this regard, the agreement could not be clearer. It states all Egyptians have "full citizenship, based on equality, [as] the foundation of this society." Furthermore, all Egyptians have "the same rights and responsibilities" while "efficiency is the only criterion to hold a public position."

Zaki and Ghozlan disagree over an exception for the presidency, which can only be held by a Muslim; but agree on equality within the military. This is significant because many are afraid that Islamist rule might bring back the practice of jizia, in which Christians paid a special tax to have Muslims protect them.

Zaki: "We agreed there is equality in all positions, but they stated the president is only for Muslims and males. We do not agree, but we did agree to stay in dialogue about this. Yet all other positions are open for all—up to the vice presidency.

"The deepest meaning of citizenship is military participation. We both insisted upon including this clause. The era of jizia is over."

Ghozlan: "The only exception to this is the president of the republic, because the president is the symbol of the nation and the nation by its nature is Islamic. Vice president, government ministers, prime minister, ambassadors, governors, university professors—all of these positions are open to Christians.

"Jizia is over. It applied to a situation when Christians were not in the army and did not fight with Muslims, while Muslims defended them. Jizia was taken in compensation."

This may be a significant agreement, but does the Muslim Brotherhood actually believe it? In the early days of the revolution, the Brotherhood promised not to field a presidential candidate. Now one of their candidates—Mohamed Morsy—is in the runoff for president.

Mistrust of the Muslim Brotherhood surged after they reneged on their vow not to field a presidential candidate.

"I am nervous about [the Brotherhood] changing their decision about fielding a presidential candidate," said Zaki, "because they clearly stated they would not run for this office."

Another evangelical co-signer was more explicit. "We talked about the real values we must stand on together," said Makram Naguib, pastor of the Evangelical Church of Heliopolis. "They speak very good words but it must be applied, and this is the problem. We have doubts concerning their actions."

Naguib said that evangelical leaders met in April to discuss the situation. "We decided we must wait to see their next steps before continuing this dialogue," he said. "If there is not something positive from them, I think we will not continue."

Ghozlan sought to explain. He described the Brotherhood's fear that the West would stamp out the revolution if it appeared the Brotherhood was riding on its back. Now, however, the Egyptian people have clearly expressed their confidence in Islamists, but the revolution is stalling because parliament has no authority to actually execute its laws and fulfill the people's demands, said Ghozlan. So the Brotherhood seeks the presidency to serve the democratic transition, not their own interest.

"There is a difference between the principles of documents and the taking of decisions," said Ghozlan. "If you want religious justification [for changing our position on running for president], the Prophet said: 'If someone swears by his right hand, saying "By God this or that," but then sees something better, he may atone for his right hand and take that which is better.' Where benefit can be accomplished—if there was detriment in the beginning but it changes to benefit—then change accordingly."

Are Egyptian Christians satisfied with this answer?

Definitely not. Many are up in arms over the Brotherhood's reversal on running for the presidency. But in terms of this agreement, among evangelicals there is general positive acceptance.

"Most of the people in our churches welcome this initiative," said Naguib, "[though] some say we should wait and see first what [the Brotherhood] is like."

Youssef Sidhom, the Orthodox editor-in-chief of the popular Coptic newspaper Watani, was ecstatic.

"I was very encouraged and deeply enthusiastic for this initiative, and I published this in our newspaper and spoke about it frequently on television," he said. "It was a courageous decision by the evangelicals to engage [the Brotherhood], due to the deep doubts most liberals have about [them]."

The primary criticism of the agreement concerns evangelicals acting alone. "These are not good meetings," said Hani Labib, a Coptic political writer and researcher. "It should have been between all churches so not to give the impression the churches are divided. Furthermore, the meetings took place while both the Orthodox and Catholic churches are going through leadership instability, especially with the illness and death of Pope Shenouda."

Egyptian Christians do not express much trust in the Muslim Brotherhood. Nevertheless, the agreement with Protestants is the latest in a series of documents extolling liberal values which the group has affixed its signature to and announced publicly. As these principles deepen in the public consciousness, the Brotherhood will be hard-pressed to escape from them.

Is the Muslim Brotherhood committed enough to these principles to resist the extremism of Salafis and other Islamists?

Zaki: "The questions about trust are old ones and these will continue for some time. It is part of the negative image of the Brotherhood.

"How far will they implement this agreement? We will see in terms of the constitution, the laws passed in parliament, and how they run the government. We will see if there are practical steps that go beyond trust."

Ghozlan: "There is no doubt. Those holding strict interpretations [of Islam] were isolated before the revolution, speaking only to each other. They have emerged now with what they have.

"When we interact with them now, they change gradually. It is a matter of time, but we are helping them refine their discourse. But if they take a strict position on one side, we will stand with the other side over matters of tolerance."

Jayson Casper is a writer with Arab West Report and blogs regularly at A Sense of Belonging.

Other recent coverage of Egypt includes:

The Fight for Egypt's Future | Coptic leaders, at the front lines of compassion, win new respect for the Christian community.

Egyptian Christians Back to Square One Ahead of Election | After a year of new forms of political engagement, why do Copts still face the same 'bitter choice' of old regime vs. Islamists?