Jim Daly and singer-activist discuss Jesus as Messiah, evangelical credit for PEPFAR, and how C.S. Lewis may inspire the next U2 song...
Jeremy Weber|June 21, 2013 06:20 PM 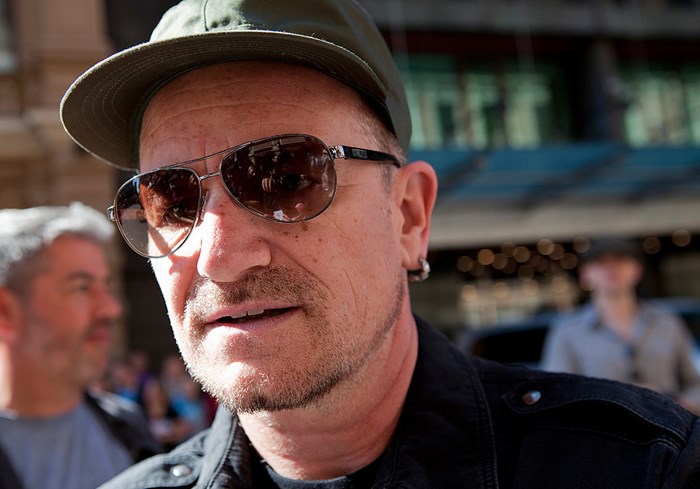 You'll have to wait until Tuesday to hear the full Focus on the Family radio interview (listen here) with Bono regarding Jesus, the Psalms, PEPFAR, and The ONE Campaign's success in fighting global poverty alongside faith communities.

But below are six statements by the prominent singer-activist that caught CT's eye (including how C. S. Lewis may inspire the next U2 song):

1) On both losing their mothers while they were still children:

Bono: I don't have a lot of memories of her, which is [an] unfortunately situation. ... I look forward to meeting her again. But the loss of that is significant for [a child], and for me, I filled it with music and … and it deepened my faith, I suppose.

2) On David and the Psalms:

Daly: That Scripture in Psalms that talks about God being close to the brokenhearted and saving those crushed in spirit—does that mean something to you?

Bono: First of all, David's a musician, so I'm gonna like him. ... And what's so powerful about the Psalms are, as well as their being Gospel and songs of praise, they are also the Blues. It's very important for Christians to be honest with God, which often, you know, God is much more interested in who you are than who you want to be.

3) On Jesus as the Messiah:

Daly: So often those that struggle with accepting Jesus Christ as their savior … it's the idea that he's the Messiah. ... How did you respond to that?

Bono: Jesus isn't lettin' you off the hook. The Scriptures don't let you off the hook so easily. ... When people say, you know, "Good teacher", "Prophet", "Really nice guy" ... this is not how Jesus thought of Himself. So you're left with a challenge in that, which is either Jesus was who he said he was or a complete and utter nut case. ... You have to make a choice on that.

And I believe that Jesus was, you know, the Son of God. And I understand that ... we need to be really, really respectful to people who find that ridiculous and ... preposterous.

Bono: It's very annoying following this Person of Christ around [chuckling], because He's very demanding of your life.

Bono: And it's hopeless … trying to keep up with it.

Bono: Yeah, it might … that could turn up on the next U2 album, but I won't give him or you any credit.

5) On how Bono's advocacy for PEPFAR, The One Campaign, and debt cancellation have improved the lives of million in Africa:

Daly: That is visionary and I think it comes right from God's heart.

Bono: You're absolutely right; it's a much grander vision. ... We have a pastor who said to us, "Stop asking God to bless what you're doing, Bono." ... He said, "Find out what God is doing, 'cause it's already blessed." ... When you align yourself with God's purpose as described in the Scriptures, something special happens to your life.

6) On how evangelicals got PEPFAR going:

Bono: Most of the 9 million lives that are now saved, HIV/AIDS sufferers, are paid for by the [United States]. ... This should be shouted from the rooftops. This is a heroic American story. And I am here to thank the American people for that.

And I also want to thank the evangelical community for that, because it wouldn't have happened without their leadership. Because they like myself, pestered George Bush and the administration, who actually deserve praise for starting this out. President Obama has followed through on it. It's always been bipartisan. ... But you know, it was the evangelicals [that] did that.

RNS offers highlights from the interview as well, including how Jesus seems "punk rock" to Bono.