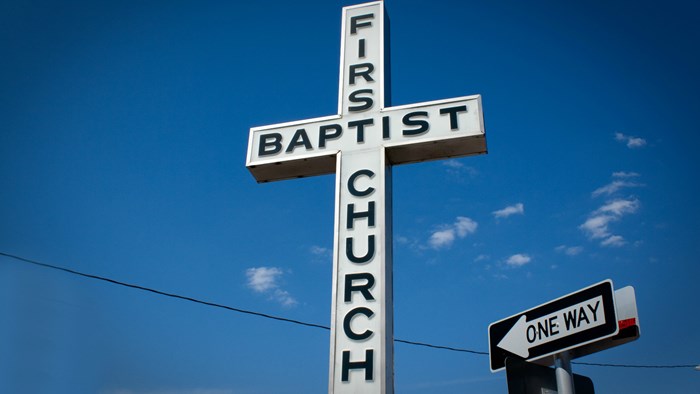 Last year, the National Association of Evangelicals asked its members if they included denominational affiliation in the name of their church. Well over half—63 percent—said they did not.

It’s a tricky line to walk. Naming your denomination may come across as more “rigid” or “old-fashioned,” but leaving the name out can appear sneaky or unstable, according to a 2013 Grey Matter Research study.

Either way, a church’s name isn’t going to drastically change the way the public perceives it, according to a new study from the Nashville-based LifeWay Research.

Among LifeWay's findings: About half of Americans view denominational names favorably, while the other half feel either negatively or indifferently.

“It would depend on who you’re trying to reach,” said Scott McConnell, vice president of LifeWay Research. “But some denominational groups have as much ‘brand equity’ as nondenominational churches, which have been growing the fastest.”

Churches began dropping denominations from their names in the 1980s, says Ed Stetzer, the executive director of LifeWay Research.

“I’ve started multiple churches, none of which had a denomination in the name,” he said. “It wasn’t even a conversation. It was just an assumption that we’re trying to reach unchurched people so we don’t want to have additional barriers.”

Not all denominations are viewed equally.

“When considering the popularity of the Baptist [name], you have to remember that the most common church name in the US is First Baptist, which means there are a lot of Baptists answering the question,” said Stetzer. “African Americans also have a strong Baptist presence too.”

African Americans were even more likely to feel favorably (57%) about the Southern Baptist denomination than whites (53%) and Hispanics (36%), despite the denomination’s history. (The convention was founded in 1845 by defenders of slavery.)

After Baptist, whites favored nondenominational (60%), while Hispanics favored only Catholic (65%) more than Baptist.

African Americans were most likely to feel favorably towards Pentecostal churches (51%) after Baptist and Southern Baptist, but only roughly one in four whites (39%) and one in three Hispanics (30%) said the same. Overall, Pentecostals were viewed the least favorably (38%) of the surveyed denominations.

Americans were also most likely to agree that Pentecostal churches are “not for me.” Nearly half of all whites (48%) agreed with the statement, along with 42 percent of Hispanics and 29 percent of African Americans.

The name “Pentecostal” may “invoke an idea that is different than [many Americans’] own cultural experience,” said Stetzer. “It points to a fact that the more outside of the mainstream you are, the less affirmed you are by the culture.”

In general, it’s not necessarily a negative to include the denomination’s name, McConnell said. “But in looking at the overall totals there are problems with preconceived notions with any name signaling where you are, theologically or historically.”

More from the survey, which was conducted last fall:

CT covered a proposed name change for the Southern Baptist Convention’s in 2012, research that shows that including a denominational affiliation in a church name can be a “two-edged sword,” and whether or not churches should trademark their names and logos.